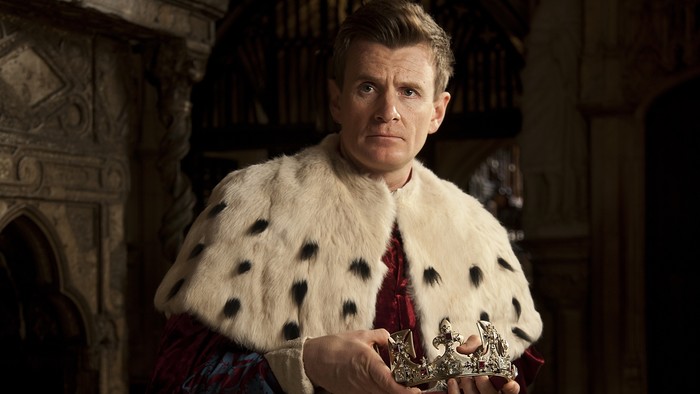 Ruling by divine right, but himself ruled by caprice, King Richard exiles Henry Bolingbroke and seizes his father’s vast estates. While Richard is distracted by a rebellion in Ireland, Bolingbroke returns to England, intent on recovering his rightful property and, with the support of his disgruntled peers, perhaps seizing the crown itself.

Dazzlingly eloquent and ceremonious, Richard II invests a weak and self-dramatising man with tragic status and represents Shakespeare’s most searching exploration of the meaning of kingship and the rising powers that can destroy it.