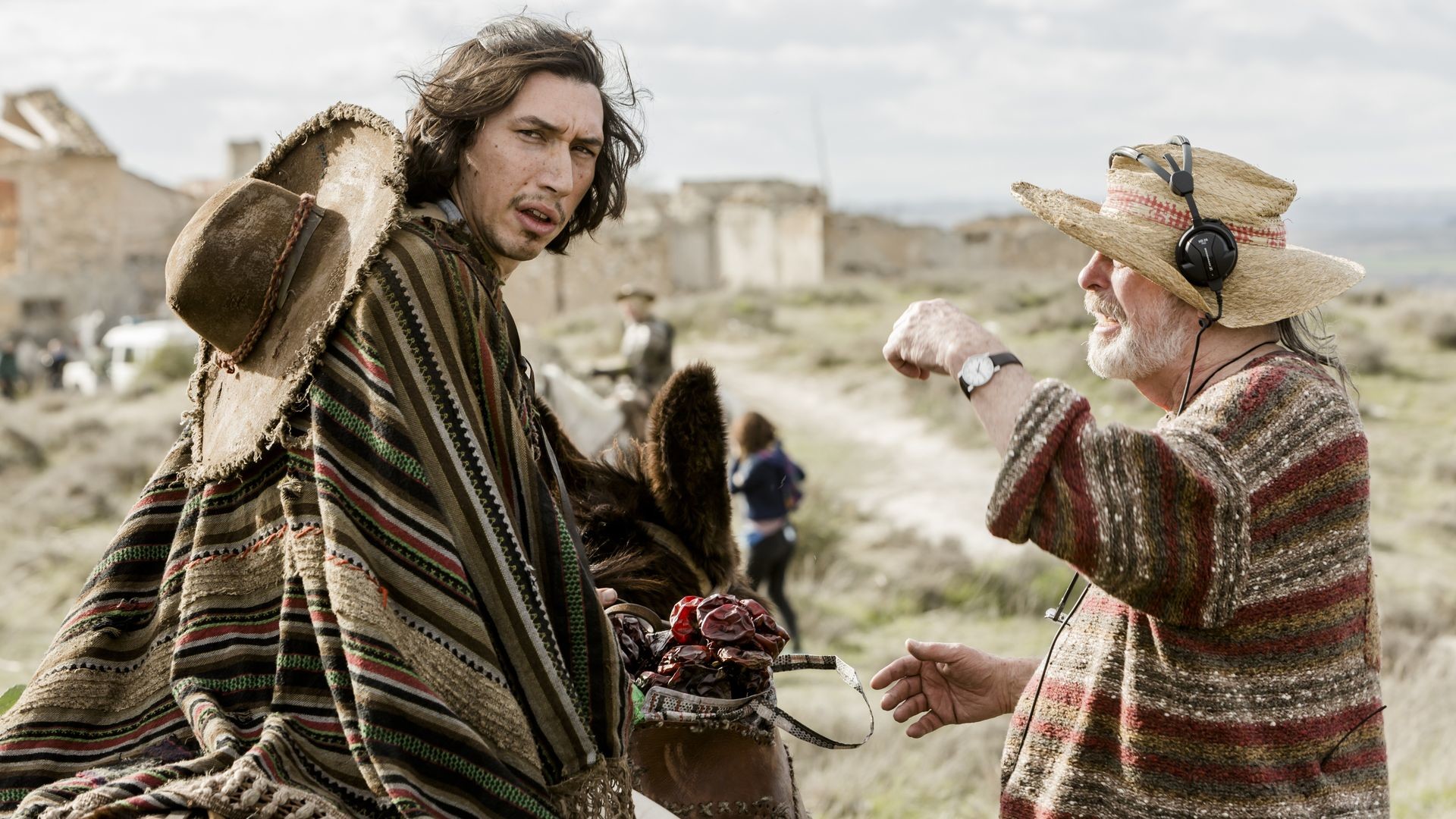 He Dreams of Giants

Film director Terry Gilliam has been dreaming his cinematic adaptation of Cervantes’ Don Quixote for over a quarter of a century, and even by the time he mounted his famously ill-fated production in 2000, he had the reputation of being a Quixote himself: a filmmaker whose stories about visionary dreamers raging against gigantic forces mirrored his own artistic battles with the Hollywood machine.
In the wake of Gilliam’s failed attempt, and the publicity it received from Lost in La Mancha, our internationally acclaimed documentary about it, Gilliam was firmly cemented in the public eye as a living incarnation of Cervantes’ hero: a modern-day dreamer fighting for a romantic, but ultimately impossible, illusion.
One would think that Gilliam could not become any more like Cervantes’ dream-addled hero, except for the fact that now, 17 years later, he’s tilting at windmills again. In late 2016, Gilliam announced a new producer, a new cast, a rewritten script, a leaner budget, and a firm start date.
After repeated re-imaginings, re-writings, budget reductions, and endless compromises, what can possibly remain of Gilliam’s vision? Can the finished film live up to a quarter century of his expectations? Can it possibly live up to the expectations of fans awaiting the ‘unfinished masterpiece’? These are the questions He Dreams of Giants will explore, as we bring viewers into Gilliam’s troubled mind through the pre-production, production, and completion of The Man Who Killed Don Quixote.
He Dreams of Giants puts its audience in the shoes of an obsessive artist who faces his personal and creative demons as he pays tribute to the great work that has inspired his entire oeuvre. With intimate and immersive footage from the production in Spain, as well as archival materials from Gilliam’s entire career, He Dreams of Giants is a real-life 8½ that explores the value of art in the face of mortality. 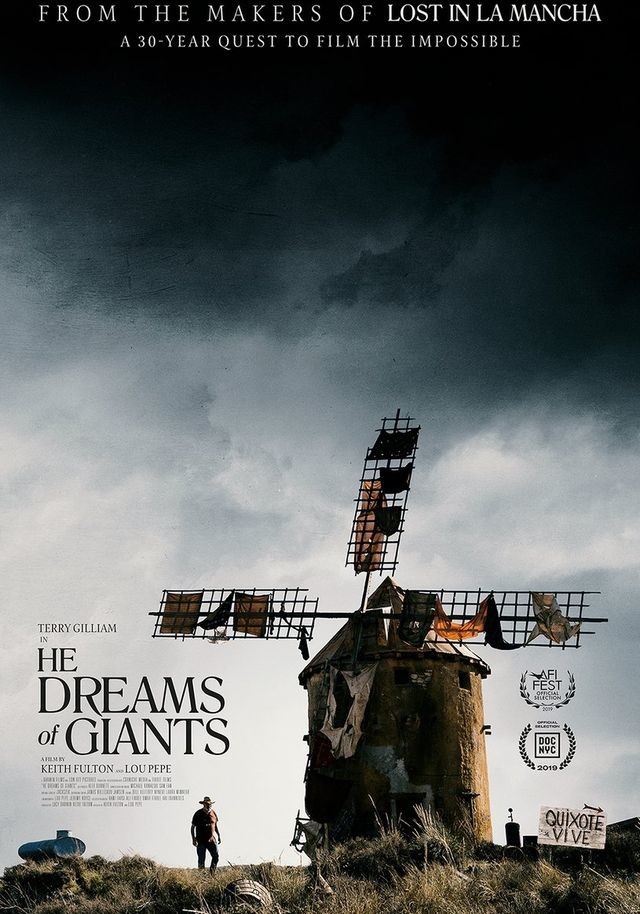