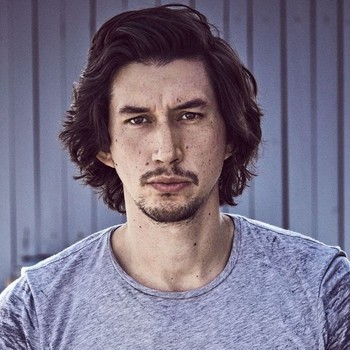 Adam Douglas Driver was born in San Diego, California. His mother, Nancy (Needham) Wright, is a paralegal from Mishawaka, Indiana, and his father, Joe Douglas Driver, who has deep roots in the American South, is from Little Rock, Arkansas. His stepfather is a Baptist minister. His ancestry includes English, Dutch, German, Irish, and Scottish. Driver was raised in Mishawaka after his parents' divorce, attending Mishawaka High School, where he appeared in plays. After 9/11, he enlisted in the Marines, serving for more than two years before being medically discharged after he suffered an injury, which prevented him from being deployed.

Driver attended the University of Indianapolis (for a year) and then transferred to study drama at Juilliard in New York, graduating in 2009. He debuted on Broadway play Mrs. Warren's Profession, in 2010, and then began his TV and cinema career.

In 2011, the film J. Edgar by Clint Eastwood was released, where Driver played a small role. Since 2012, Adam's film career began to gain momentum rapidly (Lincoln by Steven Spielberg, Inside Lewin Davis by Ethan and Joel Cohen, Frances Ha by Noah Baumbach). At the same time, Adam is starring the HBO TV series Girls (2012-2017), which in 2013 brings him the first nomination for the prestigious professional Emmy award.

In September 2014, he was awarded the main actors’ prize of the Venice Film Festival, the Volpi Cup, for his work in the Italian drama Hungry Hearts. The 30-year-old actor left behind his main rivals: Al Pacino, Willem Dafoe and Michael Keaton.

Generally, Adam Driver became known to the general public due to the role of Kylo Ren – the main antagonist of the seventh and eighth episodes of the Star Wars saga.