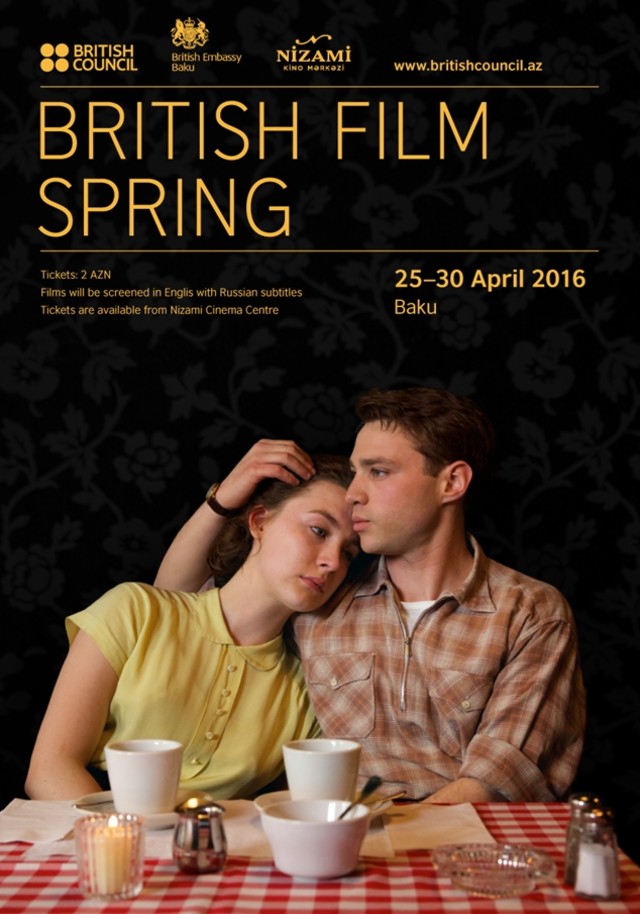 The British Council Azerbaijan in cooperation with the British Embassy Azerbaijan and Nizami Cinema Centre is proud to announce the Second British Film Spring Festival in Baku from 25 to 30 April 2016.

On 25–30 April 2016, Baku will host the second British Film Spring, bringing the best and brightest new films in contemporary British cinematography to Azerbaijan.

The British Council organized the first British Film Festival in Baku on 6–11 December, 2013. The second film festival, which was carried out under the title of British Film Spring, was held in April 2015.

The opening film of this year will be Oscar-nominated Brooklyn directed by John Crowley and written by Nick Hornby, based on Colm Toibinn’s novel of the same name.

The 2016 festival will screen six remarkable and very diverse films, including Lady in the Van with Maggie Smith playing the title role; Andrew Haigh’s 45 Years, the winner of Berlin Film Festival; and The Lobster, a remarkable work by Yorgos Lanthimos starring Colin Farrell and Rachel Weisz.

On the occasion of the Second British Film Spring in Azerbaijan, Elizabeth White, Director British Council Azerbaijan, stated, ‘Our intention is to link UK films and filmmakers with Azerbaijani audiences, profiling innovation, diversity and excellence and seeking opportunities for creative exchange. This year’s British Film Spring has a selection of really interesting new films – I hope that Baku audiences get to see many of these films’.

All films will be screened in English with Russian subtitles.