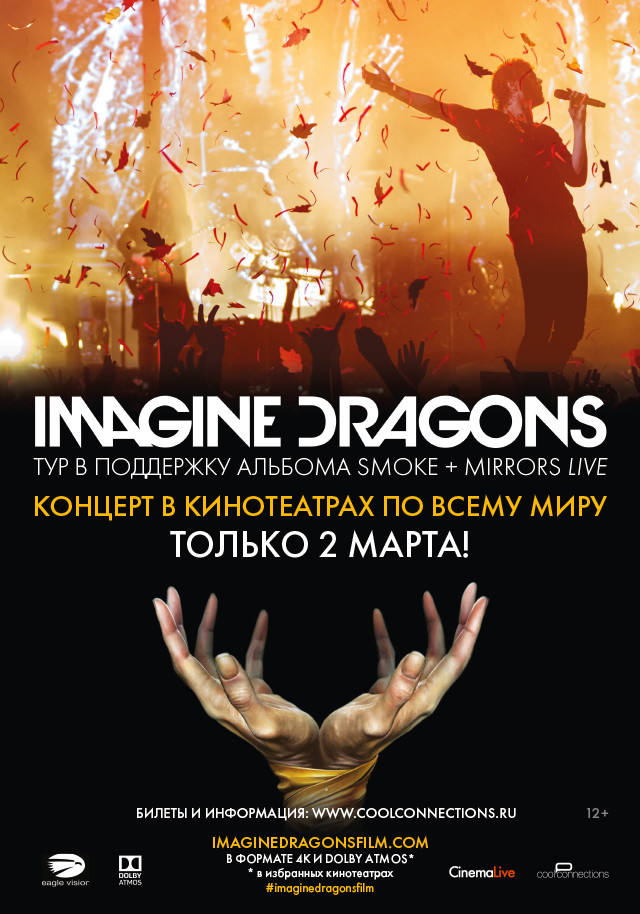 For the first time ever, one of the world’s hottest bands, Imagine Dragons, are coming to cinemas worldwide for one night only, with their concert Smoke + Mirrors Live.

Filmed as part of their current tour, Smoke + Mirrors Live features hits such as Demons, It’s Time and the Grammy Award-winning Radioactive from their platinum-selling debut album Night Visions. The Smoke + Mirrors album charted at #1 around the world earlier this year, including the US Billboard and UK Official Album Charts and features recent hits such as I Bet My Life, Gold and Shots, all performed as part of the concert film.

Experience (or re-live!) the original concert up-close-and-personal with the band, on the big screen in 4k Dolby Atmos* – the ultimate cinematic music experience. Don’t miss out on one the most incredible live acts in the world today, coming to your local cinema on Wednesday 2nd March only!