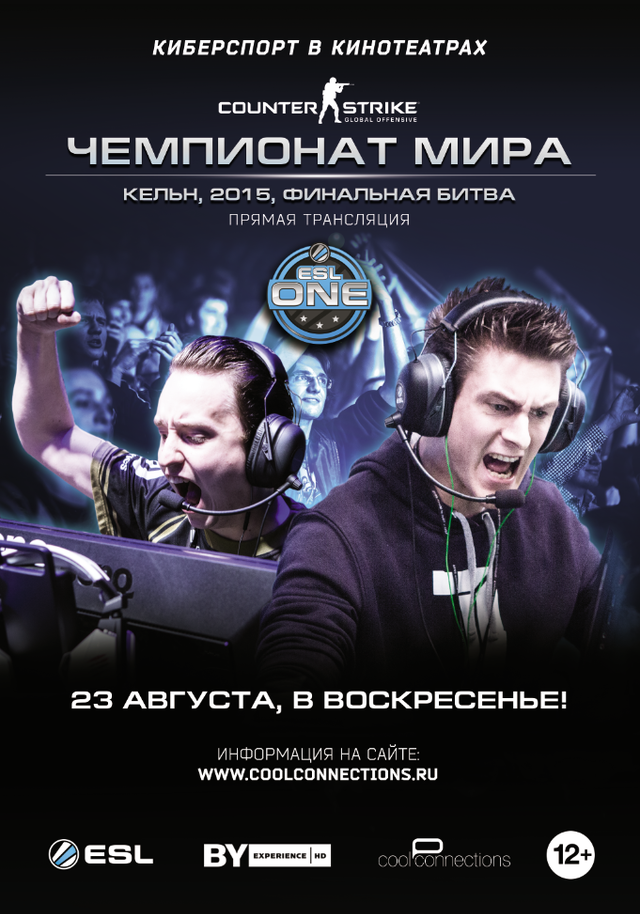 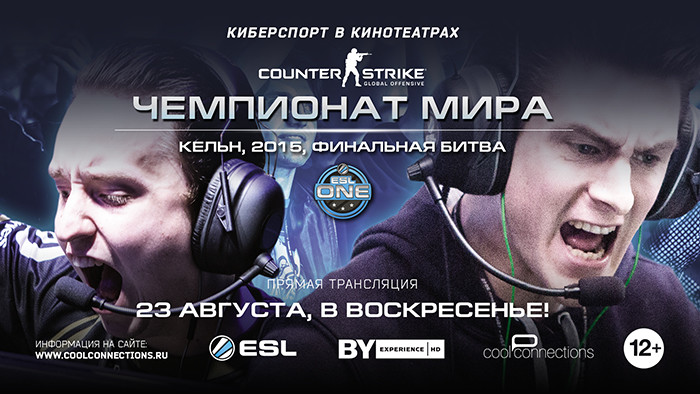 The finals of the world’s largest Counter-Strike tournament in the world, ESL OneCologne, is coming to cinemas on August 23. The ‘ESL One Cologne Counter-Strike: Global Offensive Finals Live’ event screening will bring cinema audiences all the finals action live from the LANXESS arena in Cologne, Germany.  Fans in the cinema can join the roaring crowd as eight of the best teams in the world go head-to-head in playoff competition. YouTube sensation and eSports personality, Soe “Soembie” Gschwind-Penksi, will host the event, guiding fans through the finals broadcast while providing a backstage insider’s view as the players prepare for their matches. The broadcast for cinema will include highlights of the week-long tournament, leading up to the live finals.

Tickets for the ESL One Colognelive finals screening can be purchased online by visiting www.esportsincinema.com, or at participating theater box offices.

The world's largest Counter-Strike: Global Offensive tournament will host players from around the world who will fight to lift the ESL One trophy, gain the prestigious title of ESL One Champion and earn their share of the US$250,000 prize pool. eSports fans won't want to miss out on this chance tosupporttheir favorite team on their path to winning. The trophy is currently held by Fnatic, who won the trophy at ESL One Katowice 2015.

“The big screen is where live gaming events belong,” says Julie Borchard-Young, co-President of BY Experience. “With millions of fans globally, Counter Strike: Global Offensive will excite and inspire like-minded fans to get together in their local cinemas, to experience the live action up close, in a communal manner.”