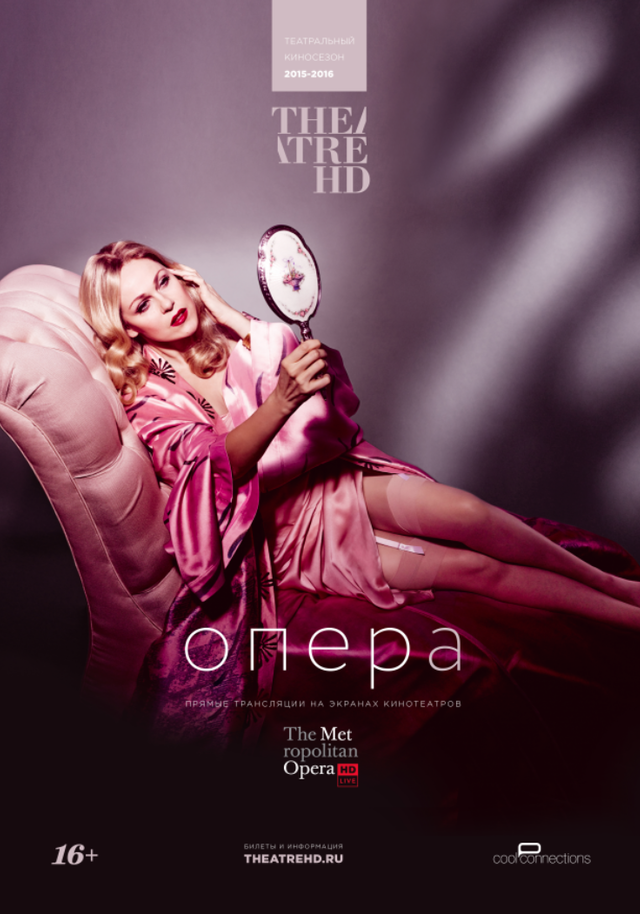 The Met: Live in HD Marks Its Tenth Season With 10 Live Transmissions, Including Five Operas New to the Series

The season kicks off October 3 with Il Trovatore, starring Anna Netrebko as Leonora; broadcasts include all six new productions from the Met’s 2015-16 season

The series will reach 70 countries on six continents in 2015-16, as well as 750 theaters in the United States

Since its inception in 2006, the series has brought a wide selection of classical masterpieces to the big screen, presenting 87 live performances of operas—ranging from Bellini and Berlioz to Thomas Adès and Philip Glass—to an estimated 17 million opera lovers worldwide

New York, NY (February 18, 2015) — The Met: Live in HD, the Metropolitan Opera’s award-winning series of live transmissions, will mark its tenth season in 2015-16 with ten live  broadcasts to more than 2,000 movie theaters in 70 countries around the world. The series will feature live transmissions of ten performances, including all six new productions in the Met season.

Since its initial broadcast in 2006 to 76 movie theaters, The Met: Live in HD has grown exponentially, with classical music lovers around the world demonstrating that opera can have a place alongside Hollywood blockbusters in their local movie theaters. More than 17 million tickets have been sold over the first nine years of the series, and distribution has expanded every season to match the growing global demand for classical music on the big screen. The Met: Live in HD is now the largest provider of alternative cinema content in the world and a consistent new revenue stream for the Met, with average net profits of approximately $17 million per season in recent years.

The tenth season of The Met: Live in HD will once again offer a variety of operatic styles to global cinema audiences, including five works being transmitted as part of the series for the first time: Wagner’s Tannhäuser, Berg’s Lulu, Bizet’s Les Pêcheurs de Perles, Donizetti’s Roberto Devereux, and Strauss’s Elektra. These works will be joined by starry performances of five repertory favorites: Verdi’s Il Trovatore and Otello and Puccini’s Turandot, Manon Lescaut, and Madama Butterfly. Complete details, including casting, are available below.

“The HD transmissions stimulate opera lovers, and they are a catalyst for the singers, too,” said Met General Manager Peter Gelb. “Knowing that a global audience is watching and listening, our opera stars are inspired to give their greatest performances.”