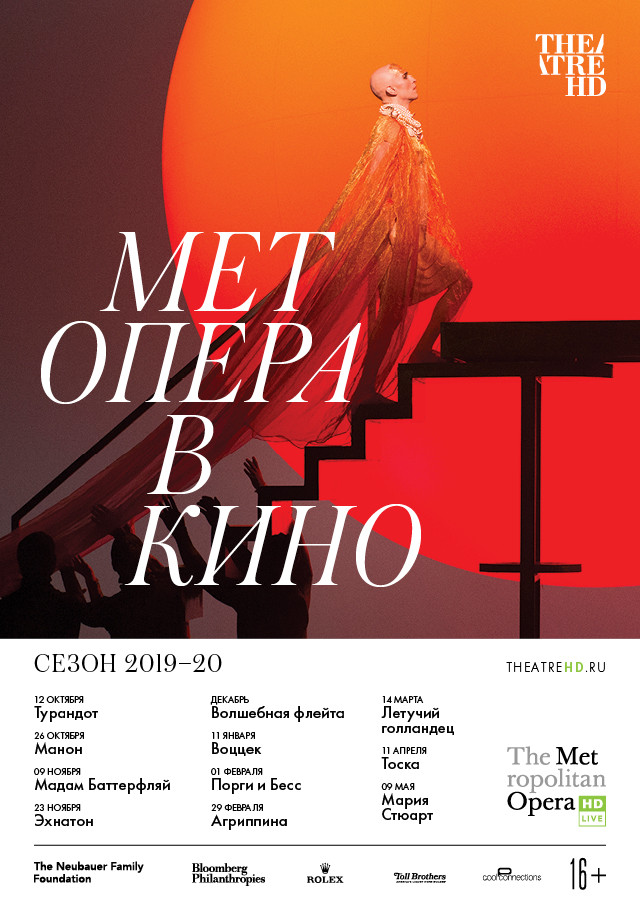 In addition to Turandot and the five new productions, Live in HD audiences will have the chance to see Massenet’s lush French masterpiece Manon; the return of Anthony Minghella’s inspired vision of Puccini’s Madama Butterfly, with Plácido Domingo as Sharpless; Anna Netrebko in the title role of Puccini’s Tosca; and Diana Damrau and

Jamie Barton as the dueling queens of Maria Stuarda, the second opera of Donizetti’s Tudor trilogy.

Select cinemas will also offer a special holiday encore of The Magic Flute, the company’s first-ever Live in HD transmission from 2006. The abridged, English-language version of Mozart’s classic fable features a winning ensemble, including Matthew Polenzani as Tamino, Nathan Gunn as Papageno, and René Pape as Sarastro. Julie Taymor’s cherished production will be shown on December 7 in the U.S. and Canada, with dates varying internationally.

The Met: Live in HD is the largest provider of alternative cinema content in the world, with more than 26 million tickets sold since the inception of the series in 2006. The series brings live Met performances to more than 2,200 movie theaters and performing arts centers in more than 70 countries.