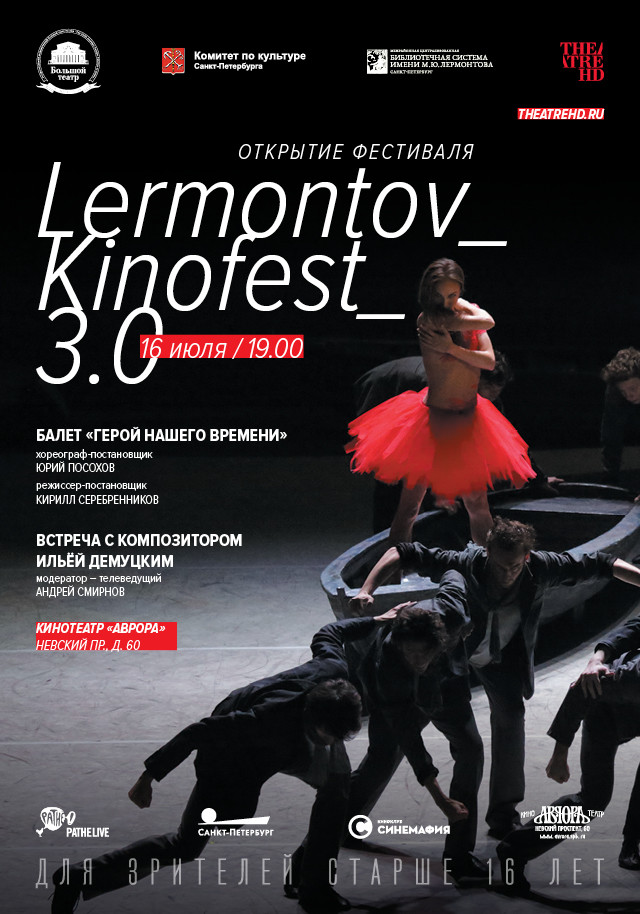 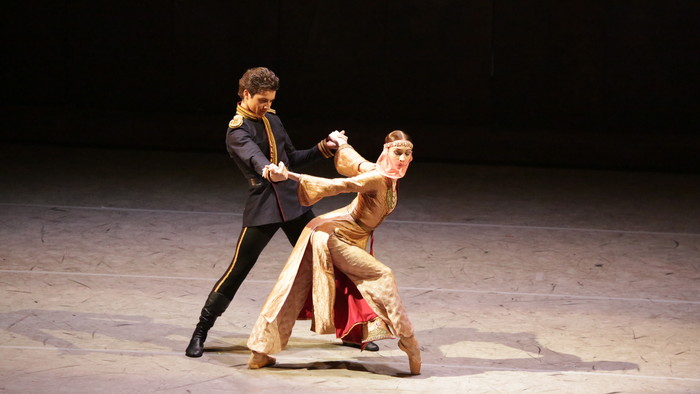 Герой нашего времени
A Hero of Our Time

“Where there is poetry there is ballet”
The new ballet score, based on motifs from the Lermontov novel A Hero of Our Time, was commissioned from the very young (32-year-old) Petersburg composer Ilya Demutsky who, though not averse to experiments, keeps to a fairly traditional musical language. However his acute interest in contemporary topics which finds reflection in his music, and his outlook immediately indicated that the ballet version of Lermontov’s Pechorin would in no way be a younger brother to the ‘Byronic’ Conrad in Le Corsaire.

The fact that the ballet was to be produced by the avant-garde theatre director, Kirill Serebrennikov, was a further guarantee of this. In 2011 Serebrennikov filled his Bolshoi Theatre production of the opera The Golden Cockerel with contemporary allusions and four years later in ballet he demonstrated the unfailing relevance of the ideas and images in A Hero of Our Time for the present day.

Responsible for giving form in dance to the conception was Yuri Possokhov, the esteemed choreographer in residence to San Francisco Ballet. It was also in this city, incidentally, that Demutsky completed his musical education and was the winner of the annual San Francisco Conservatoire Jim Highsmith Composition Competition (2008), as a result of which Lilith, his tone poem for large orchestra, was performed by the Conservatoire Orchestra.

As for Yuri Possokhov, he is of course just as much a Bolshoi Theatre man, as he is a SF Ballet man. Since he embarked in the West on a successful career as choreographer, this former well-known Bolshoi Ballet premier, has already produced three ballets at the Bolshoi. In 2004, he revived for the Bolshoi his enigmatic Magrittomania and, in 2012, his classical and playful Classical Symphony, in which he prompts the dancers to relate with humor to their own virtuosity. In 2006, he did his own version of Cinderella for the Bolshoi: this was also in co-authorship with a director and also went beyond the framework of its fairy-tale subject-matter and to some degree involving the ballet’s composer, Sergei Prokofiev, in what was happening on stage. And at last came a world première, the first stage embodiment of music which has never been heard before.

It was the Bolshoi’s artistic director of ballet, Sergei Filin, who suggested choreographer Possokhov and director Serebrennikov should work together on a new ballet. “Have a think about subject matter”, he said to Kirill Serebrennikov. “A Hero of Our Time”, the latter answered straight off.

A Hero of Our Time is one of Serebrennikov’s favorite books. But however much one might love a book, not everyone is capable of bringing it alive in ballet. “I find it surprising no one thought of doing it before”, says Serebrennikov, “it is a quintessentially poetical and inwardly musical work. And where there is poetry there is ballet.”

Three of the five novellas which make up the novel, have been chosen for the ballet — Bela, Taman, Princess Mary. And in each one of these three parts in the ballet, Pechorin is quite different. He is changed by circumstance, age, the way in which he is presented — in Bela he is seen through the eyes of another character, while in Taman and Princess Mary, he “speaks” for himself, via the chapters of his diary. In all these different guises, there can be no question of Pechorin being an integrated character. " If I tell you about someone, you will have an image of this man in your mind, but if I read this man’s diary, I will get an impression of a quite different person, and in real life there will be a third person" (Serebrennikov). Each Pechorin has his own character, as revealed in his opening monologue, his own musical characterization, as conveyed to the audience by a particular musical instrument, positioned directly on stage.

The Theatre dedicated the production to the 200th anniversary of the birth of Mikhail Lermontov, the great Russian poet, which was celebrated at the end of 2014.