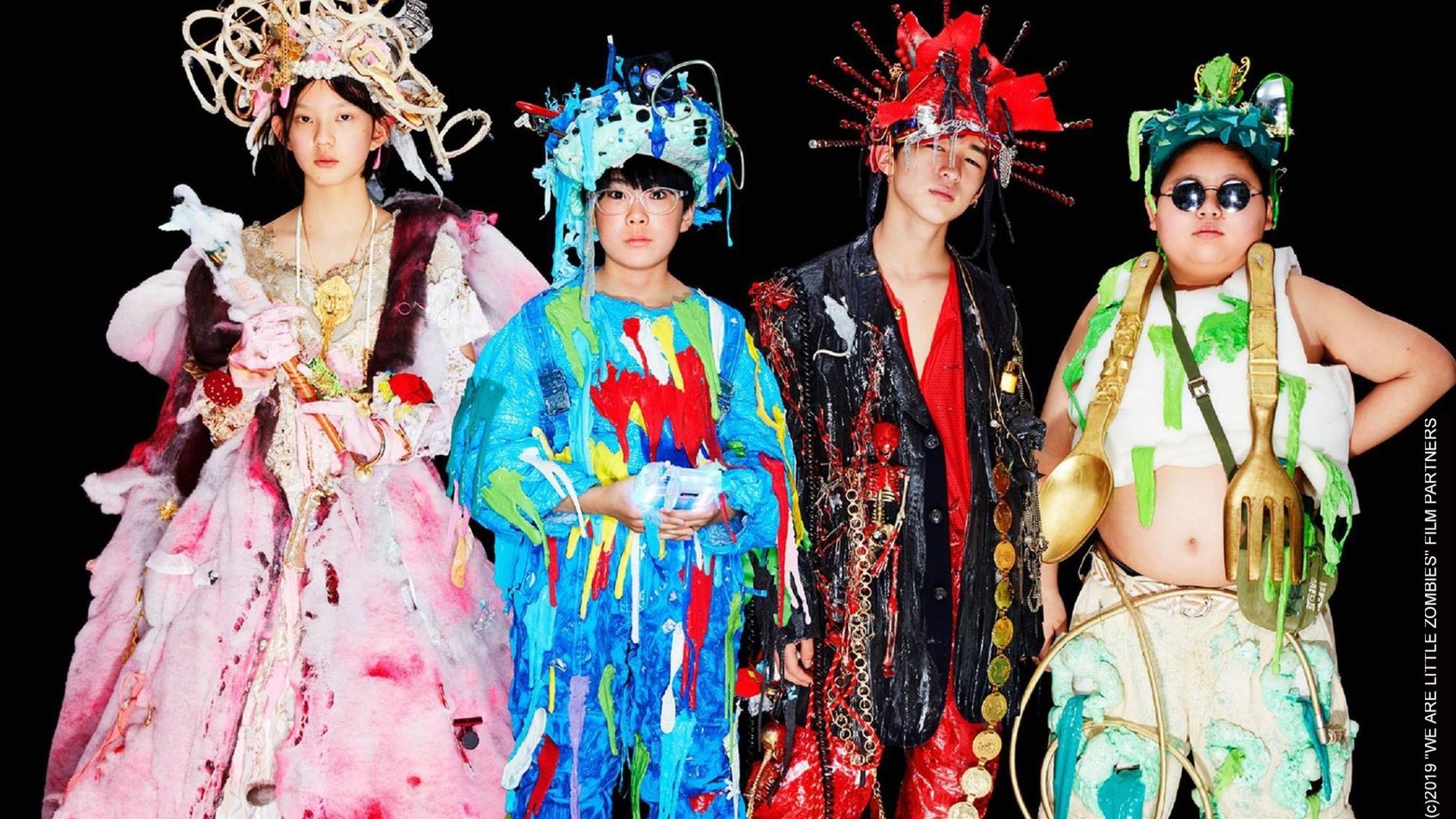 Their parents are dead. They should be sad, but they can’tcry.So they form a kick-ass band.

This is the story of four 13 year olds in search of their emotions.One sunny day, four young teens meet by chance at a crematorium. Hikari, Ikuko, Ishi and Takemurahave all lost their parents at the same time.Hikari’s were in a car crash whilst on holiday. Ikuko’s were murdered by a deranged stalker. Ishi’swere in agas explosion. Takemura’s killed themselves to escape the hell of debt. But none of themcould shed a tear. They were like zombies, devoid of all emotion.Alone in the world with no future, no dreams or even the energy to move forward, our protagonistsdress themselves in scraps from a garbage dump, turn their favorite items from their empty homesinto musical instruments, and decide to form a kick-ass band.They call themselves LITTLE ZOMBIES.

This is a story about their quest to retrieve their ability to feel. And what they discover at the end of it. 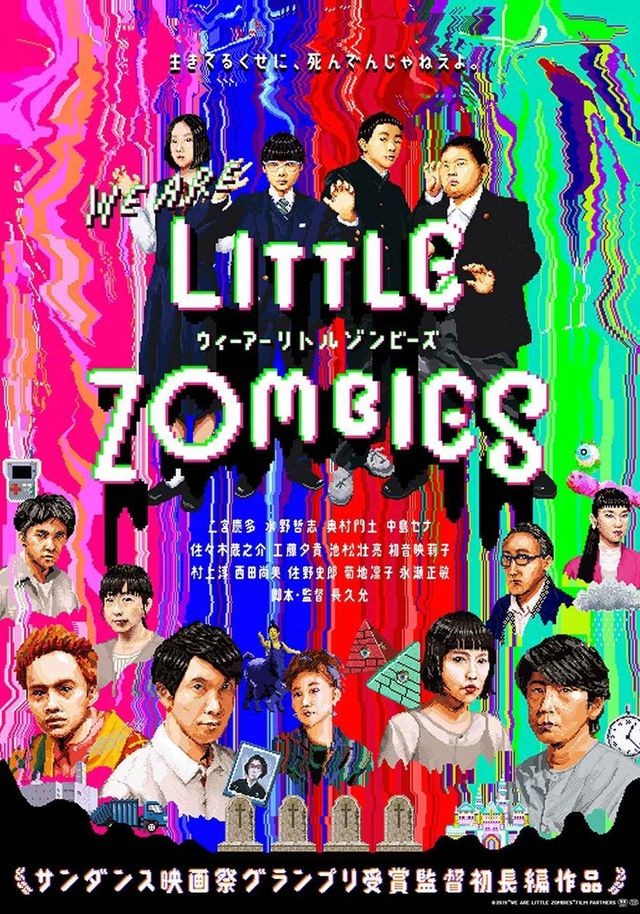