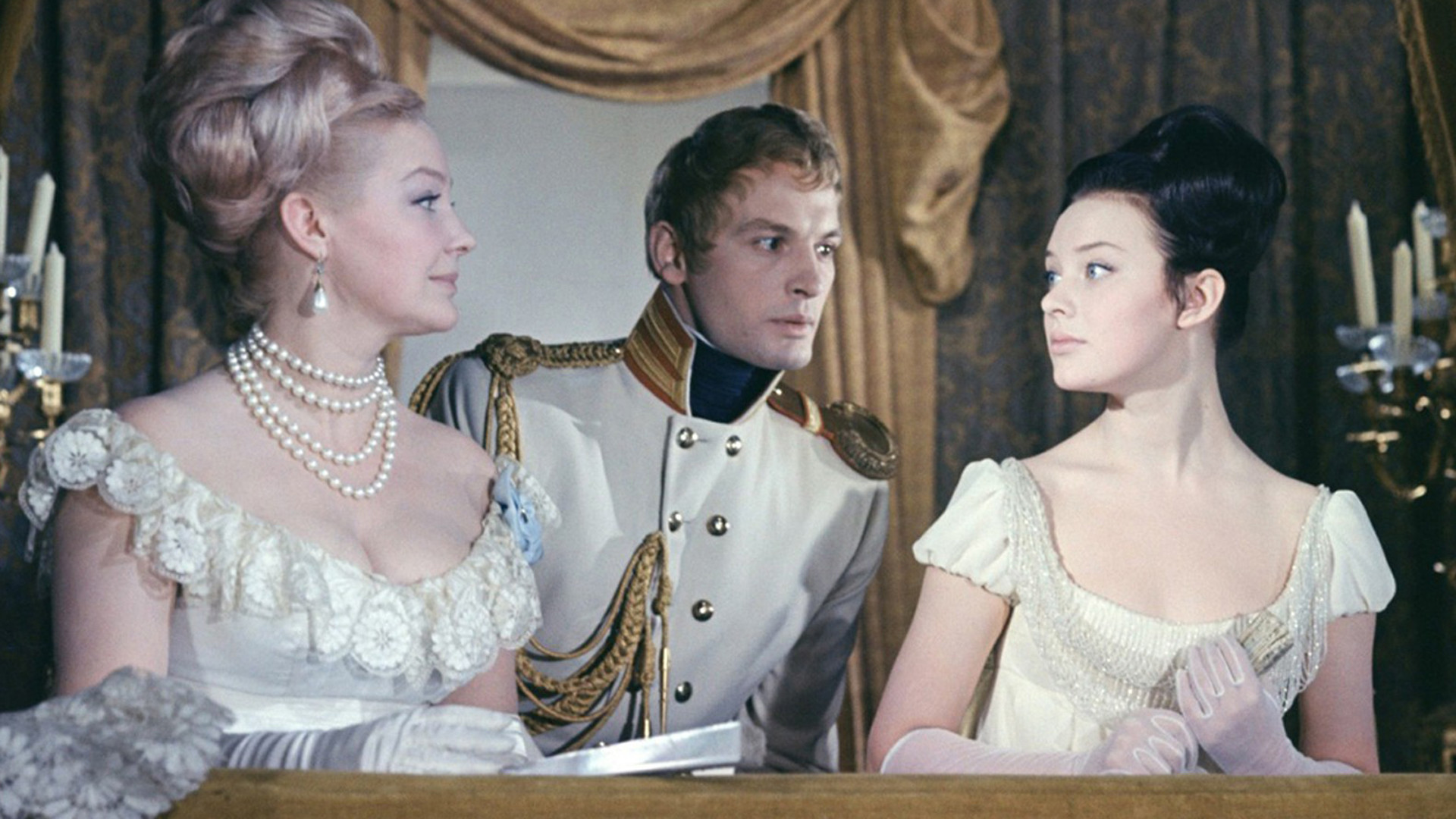 "Film Art Magazine" and "Mosfilm" present premiere screenings of the restored version of "War and Peace" by Sergey Bondarchuk. On October 13, Moscow viewers will have an opportunity to see the epic on the big screen of the Oktyabr cinema hall, and on October 20 in St. Petersburg, the screening will take place at the Aurora cinema.

Eight-hour epic based on the book of the same name by Leo Tolstoy. Two main story-lines are complex and intertwined. One is the love story of young Countess Natasha Rostova and Count Pierre Bezukhov, who is unhappy in his marriage. Another is the "Great Patriotic War" of 1812 against the invading Napoleon's Armies. The people of Russia from all classes of society stand up united against the enemy. The 500,000 strong Napoleon's army moves through Russia and causes much destruction, culminating in the battle of Borodino. The Russian army has to retreat. Moscow is occupied, looted and burned down, but soon Napoleon loses control and has to flee. Both sides suffer tremendous losses in the war, and Russian society is left irrevocably changed. 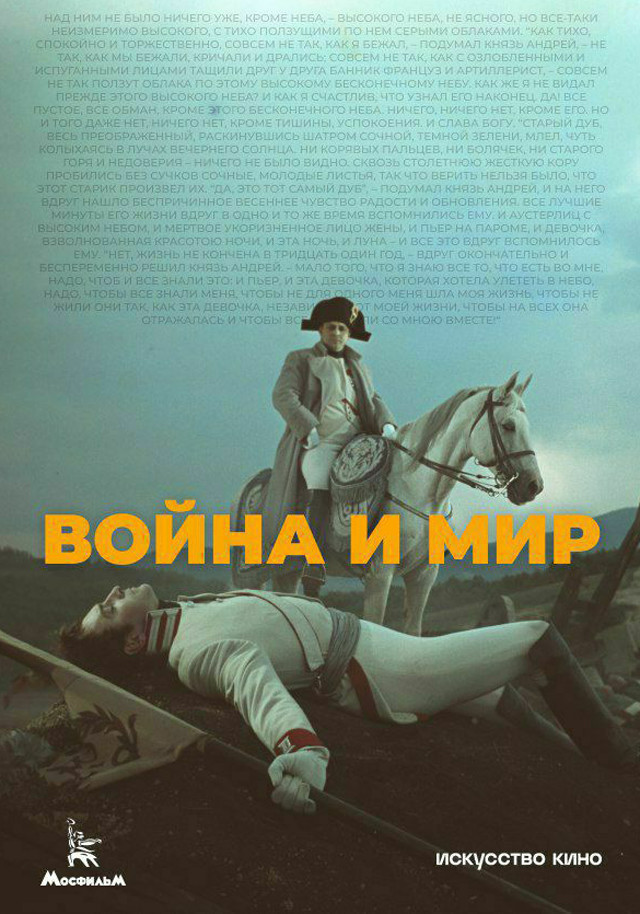