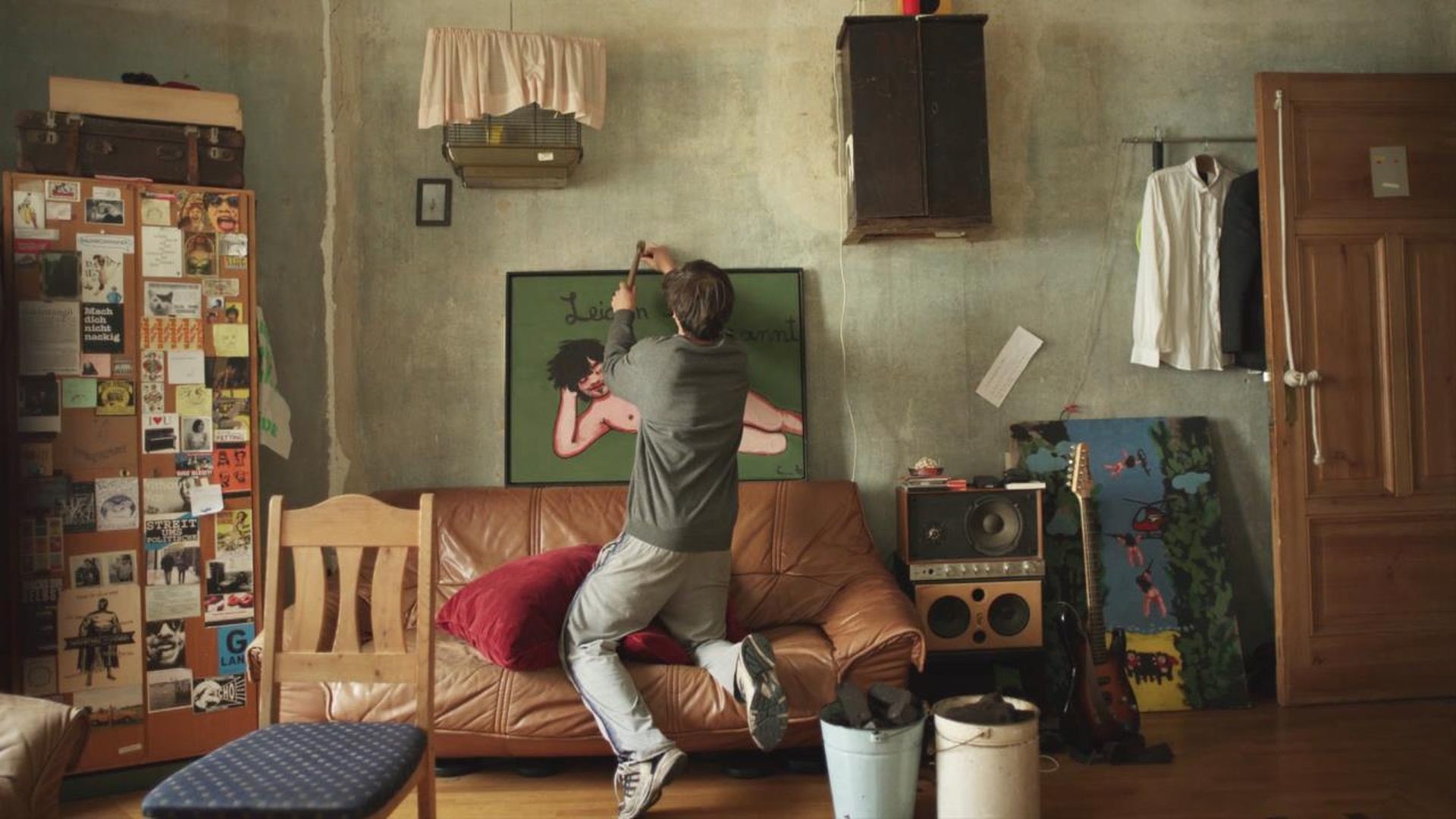 Tucked away from the hustle and bustle of new arrivals and mass tourists in Berlin Mitte, and only a stone's throw away from the great Volksbühne theatre, there is an architectural ensemble, the 'Kleine Bremer Höhe' - its red brick houses almost untouched by time. Since 1989 the collective housing estate for workers, built during the German Empire, has served as a refuge to artists, punks and senior citizens. To the occasional random visitor the quiet courtyard with its dreamy linden trees presents itself as an enchanted garden right off the busy life of Torstrasse. A tracking shot past the trash cans by the entrance reveals an orderless space in which the few remaining tenants cross paths and linger to daydream and converse. 'What does it mean to inhabit a space?', asks filmmaker and resident Matthias Lintner at the beginning of the film. The answer lies in the affectionate portraits of his neighbors. The director closely watches and listens to his house mates, who have built a world of their own, and refuses to focus on the outside world. Ideas on vacantness and void appear as a subversive act against the utopia of the well-ordered spaces and echo the thoughts of writer Georges Perec - his quotes adding an essay-like layer.