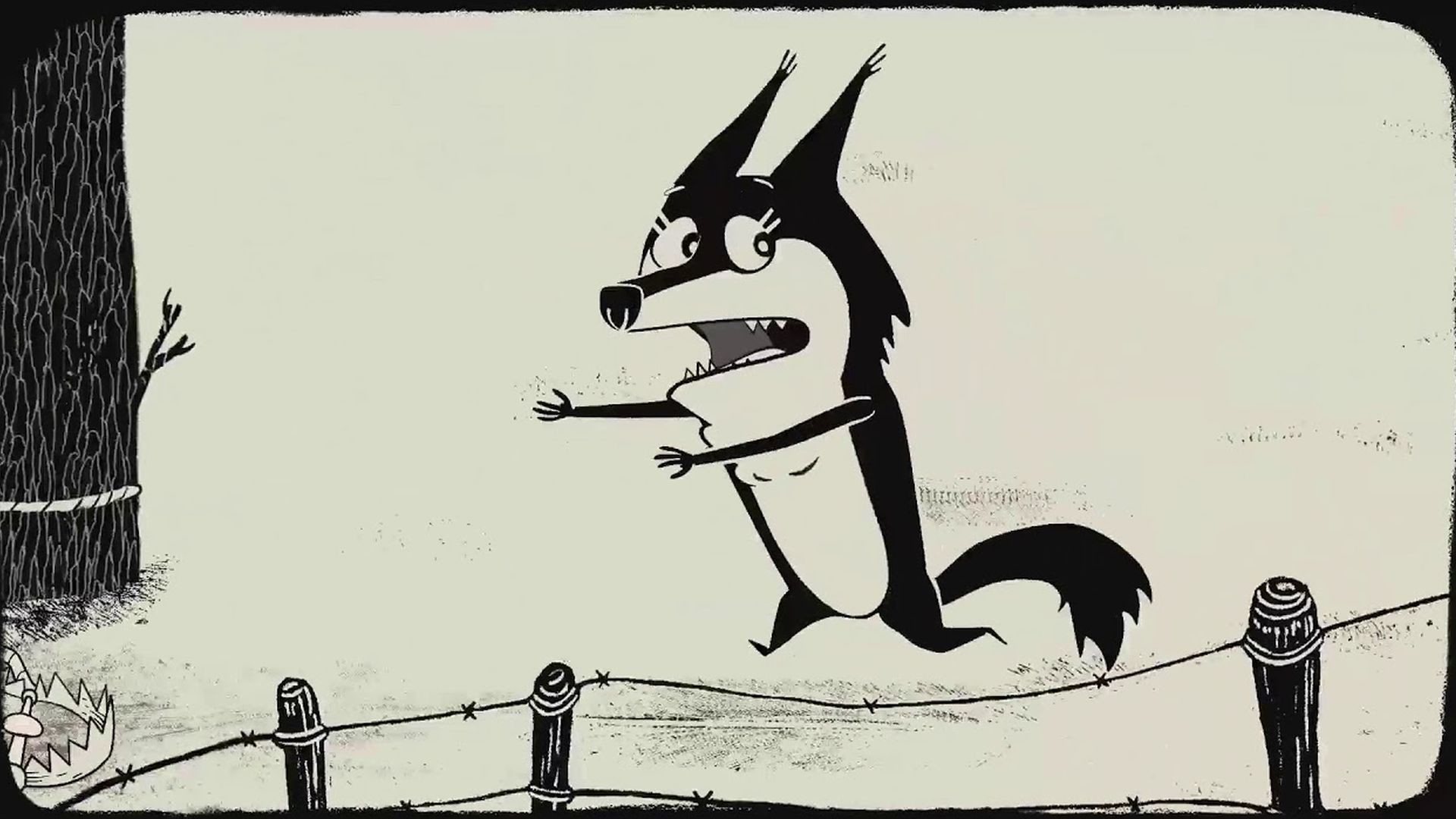 A hungry wolf gets stuck in stereotypes about being the big bad wolf of the story. She has to flee when everybody accuses her to violence and murder. She faces the danger of getting killed.