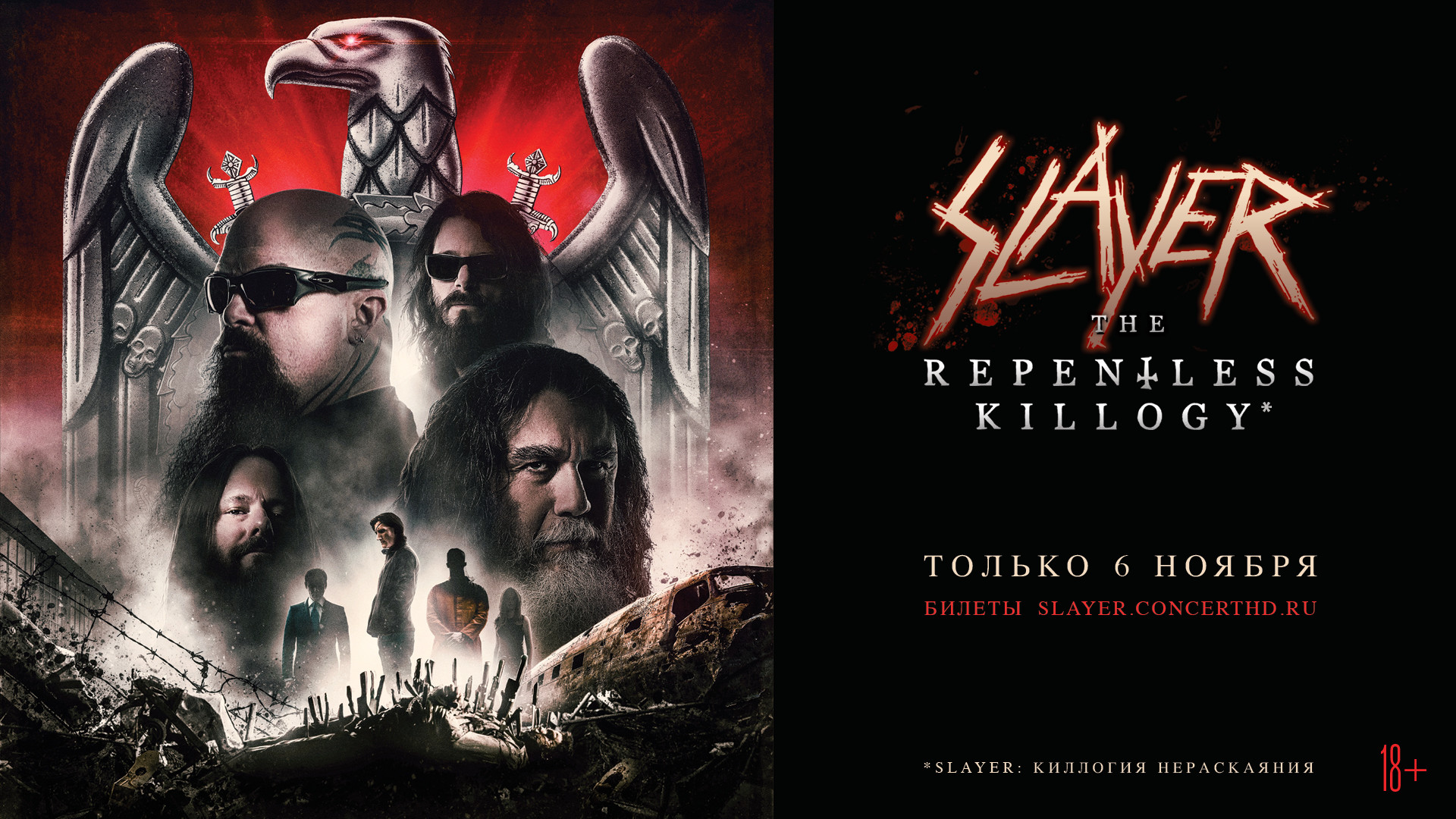 Uncompromising and unmissable, this one-night-only event features the short film paired with a full concert performance

For nearly four decades, Slayer's onslaught has proven them to be the supreme thrash-metal band on the planet - the band that other heavy acts are measured against and aspire to. With their place in music history secure, Slayer - Tom Araya, Kerry King, Gary Holt and Paul Bostaph - in conjunction with Trafalgar Releasing, Nuclear Blast Records and Prime Zero Productions, will unleash the Slaytanic offensive on the big screen when “Slayer: The Repentless Killogy” debuts in movie theatres around the world on November 6, 2019.  Uncompromising and unmissable, this one-night-only event will feature the short film paired with Slayer's entire performance filmed at its August 5, 2017 concert at the Los Angeles Forum.

Revenge, murder, bloodshed and retribution.  “Slayer:  The Repentless Killogy" short film was written and directed by BJ McDonnell, who conceived and directed the three brutal music videos - "You Against You," "Repentless," and "Pride in Prejudice"-  for Slayer's final studio album Repentless (2015).
The "Repentless Killogy" motion picture begins with the powerful short narrative film that brings together the music of Slayer and the grisly story they wanted to tell.  Opening with the trilogy of music videos assembled as one chronological storyline, we are introduced to the narrative’s main character Wyatt, a former Neo Nazi associated with “The Hand Brotherhood,” a gang whose signature mark was a bloody handprint left after a murder had taken place.   Prior to the first music video, Wyatt had left the gang after he fell in love with Gina.  The two had gone into hiding to escape his gruesome past and start a family, but The Hand Brotherhood was not going to allow that to happen, and Gina, pregnant with their first child, was savagely murdered as Wyatt was forced to look on.  The film then segues into the present-time narrative that sees Wyatt on the run from law enforcement and the Nazi gang, but now dedicated to eliminating The Hand Brotherhood and seeking retribution wherever he can.
"The Repentless Killogy" stars many of the actors who appeared in the original video series:  Jason Trost ("Beats of Rage," "Hatchet III") as Wyatt, Danny Trejo ("Machete," "From Dusk Til Dawn"), Richard Speight ("Band of Brothers," "Supernatural"), Derek Mears ("Agents of S.H.I.E.L.D."), Jessica Pimentel ("Orange Is The New Black"), Tyler Mane ("X-Men," "Halloween !!"), Bill Moseley ("The Devil's Rejects," "The Texas Chainsaw Massacre 2"), Caroline Williams ("The Texas Chainsaw Massacre 2," "Sharknado 4"), and Sean Whalen ("Twister," "The People Under The Stairs").
Part two of "The Repentless Killogy" features Slayer's entire live set performed at the Los Angeles Forum on August 5, 2017, and was directed by Wayne Isham who has directed videos for artists including Metallica, Foo Fighters, Michael Jackson, Kelly Clarkson, and Britney Spears.  Presented in front of one of the most striking stage productions of the band's career, Slayer performs fan-favorites including "South of Heaven," "War Ensemble," "Mandatory Suicide," "Dead Skin Mask," "Raining Blood," and "Angel of Death." 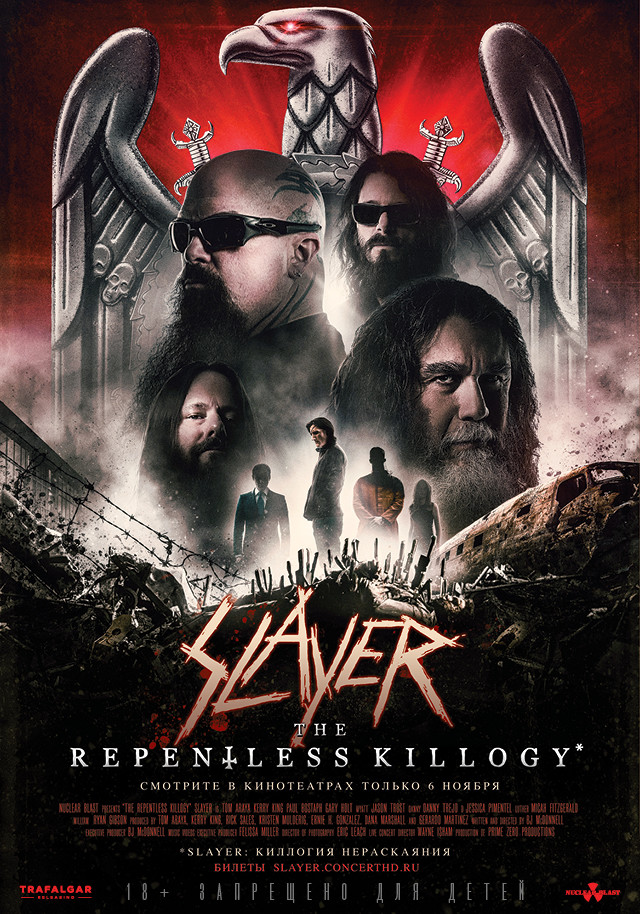