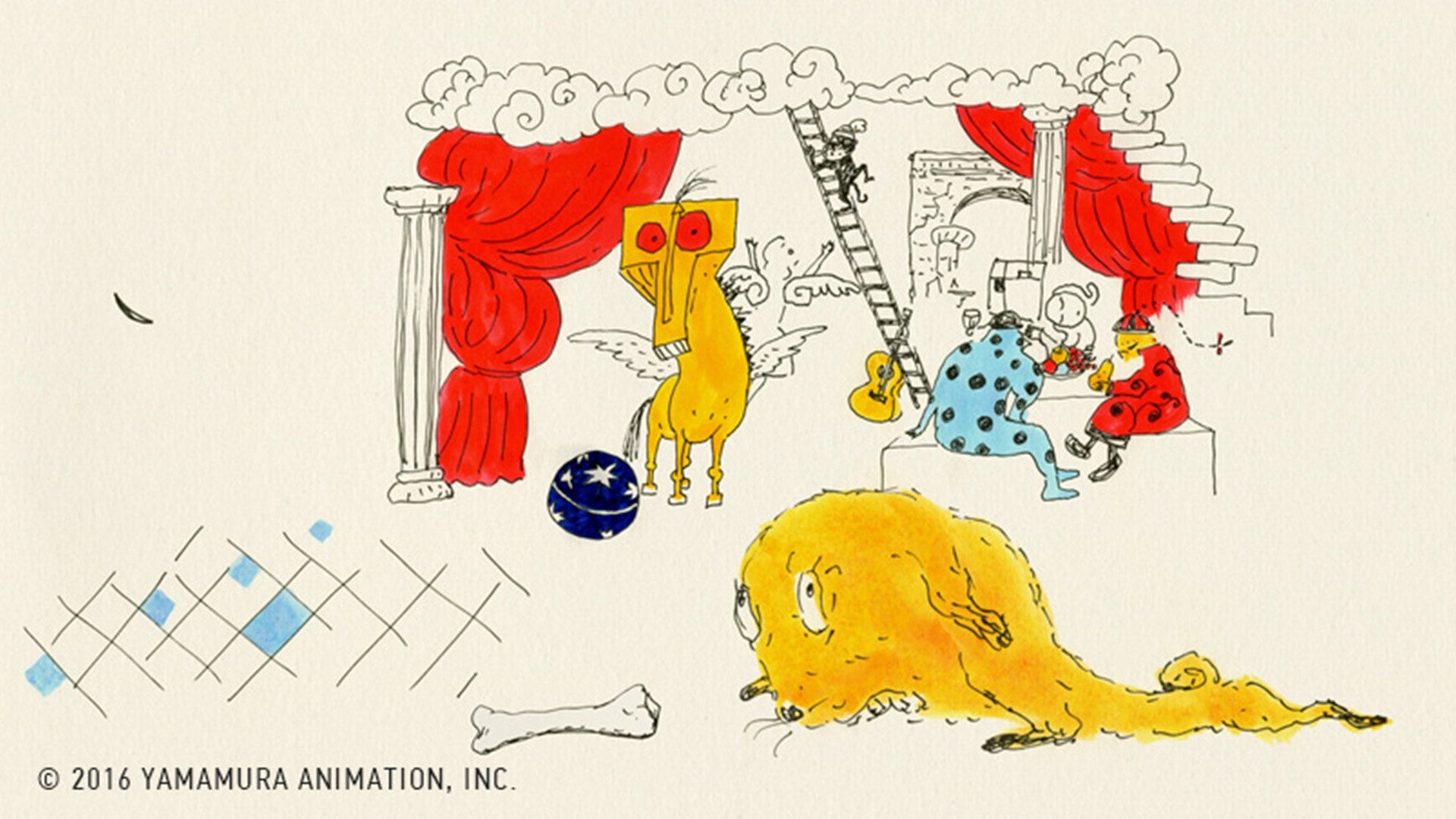 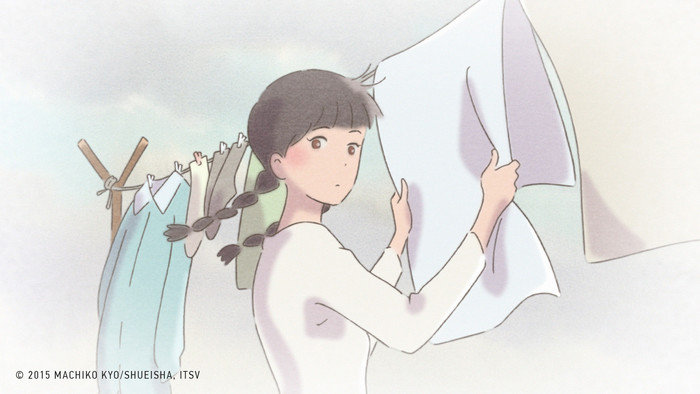 “The earth shook. The sea roared. And then… There is a small house solitary standing by the seaside. A young girl has been living there alone since that fateful day. Mail is no longer delivered, but even this morning, she’s hanging out the laundry as usual. She’s unaware that all around her, the clothes pegs are quarreling, the pillow argues with the umbrella about the outside world, and the new toothbrush is unsuccessfully trying to charm the grumpy older ones. Do objects exist to be used until they are consumed or broken? Are they afraid of being thrown away once their life cycle is complete? A delicate story of hope in a cruel and gentle world after an unnamed disaster. 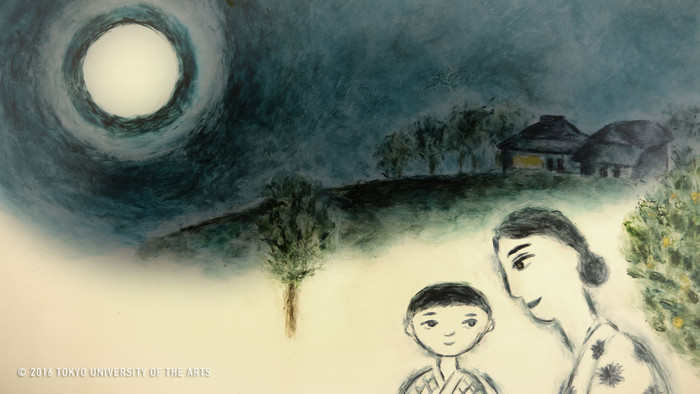 It was a night festival in a village. A young boy, Bunroku was out having fun with his friends. On the way, they stopped by a clog shop, where he found out about an old superstition that he would turn into a fox. 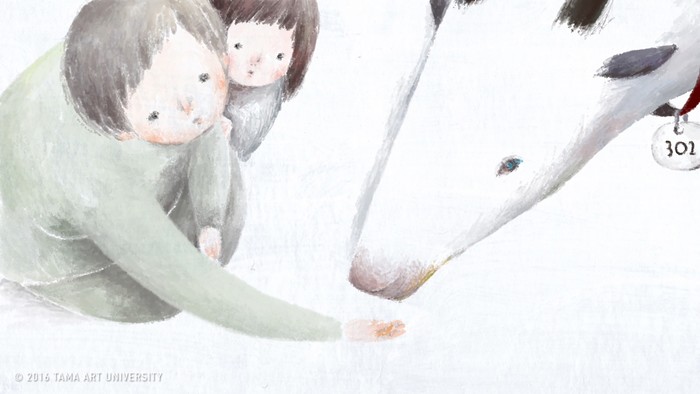 Two enormous creatures count down the end of a day, food is served as it was the day before. Children feed their goat as usual, feeling uneasy about their own daily life. 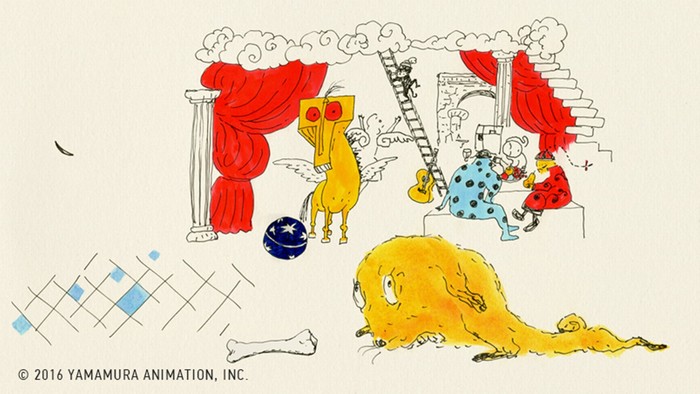 A parade for three managers and four performers, mixing quotes taken from French composer Erik Satie's essays on the music he composed for the 1916 ballet "Parade". The famous realist ballet is brought back to life. 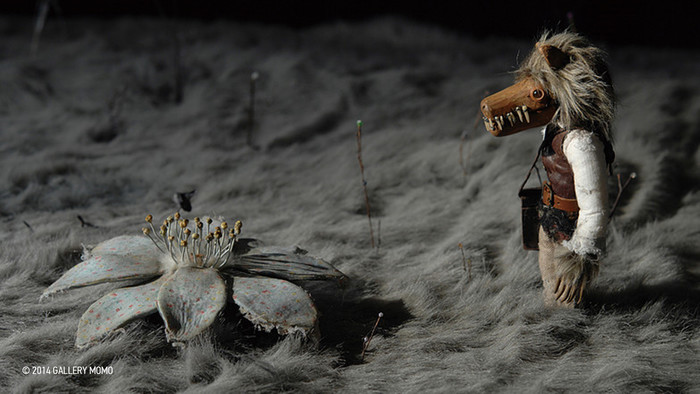 A horse puppet wanders into a silver world and pauses before an ethereal flower. Murata reimagines Bunraku puppets in a moonscape created with the latest computer animation techniques. Created in response to the Fukushima meltdowns, this work strives to express mujō (無常), which is often translated as impermanence in English. Dreams likewise don’t last. Don’t we all have that experience of waking up from the most wild experience we can’t remember 10 minutes later? 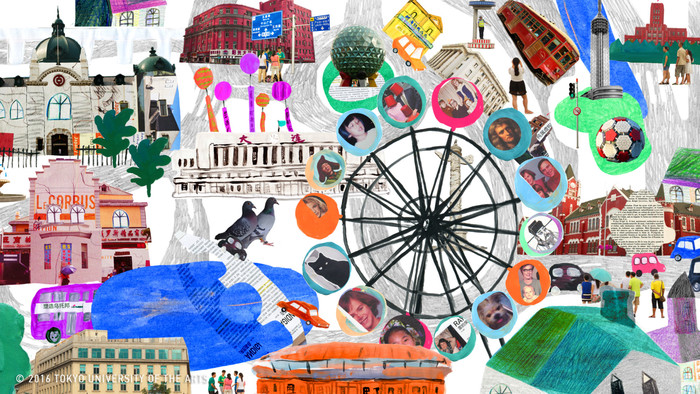 В начале лета
Natsu no megami no kuchi no naka

The beach of a Chinese resort is packed. People are enjoying the summer holidays. An abrupt thundershower makes them run around in a flurry. 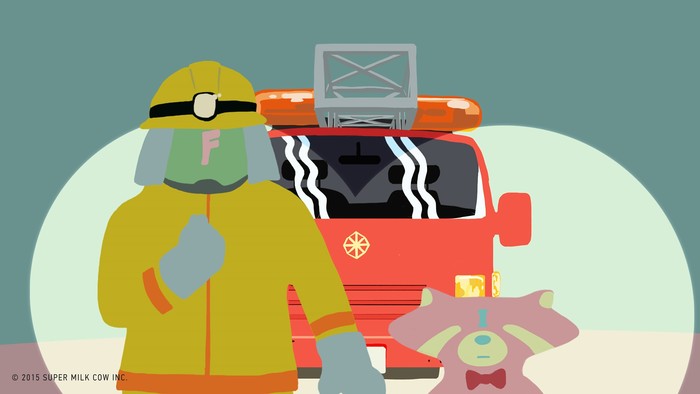 This is a story of an adolescent boy living in a burning house with his parents. He can't drink black coffee yet he refuses his mother's offer of sugar lump. 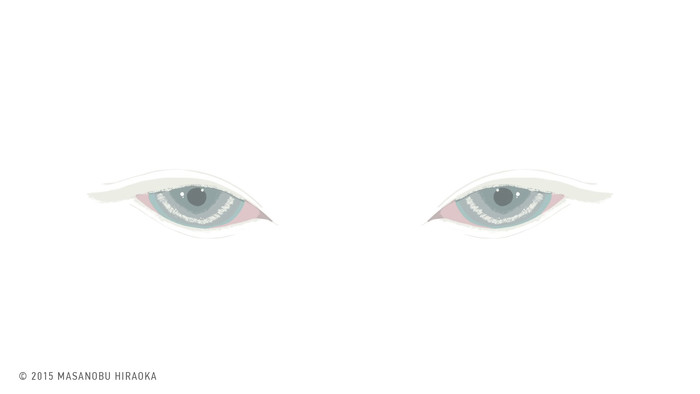 Глаз циклона
The Eye of the Storm

Welcome to the eye of the storm. 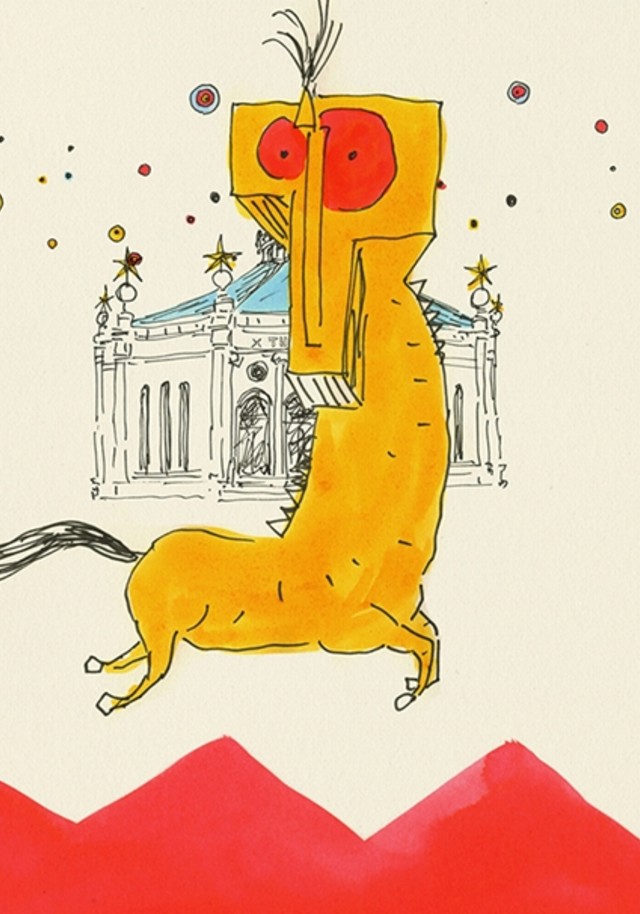