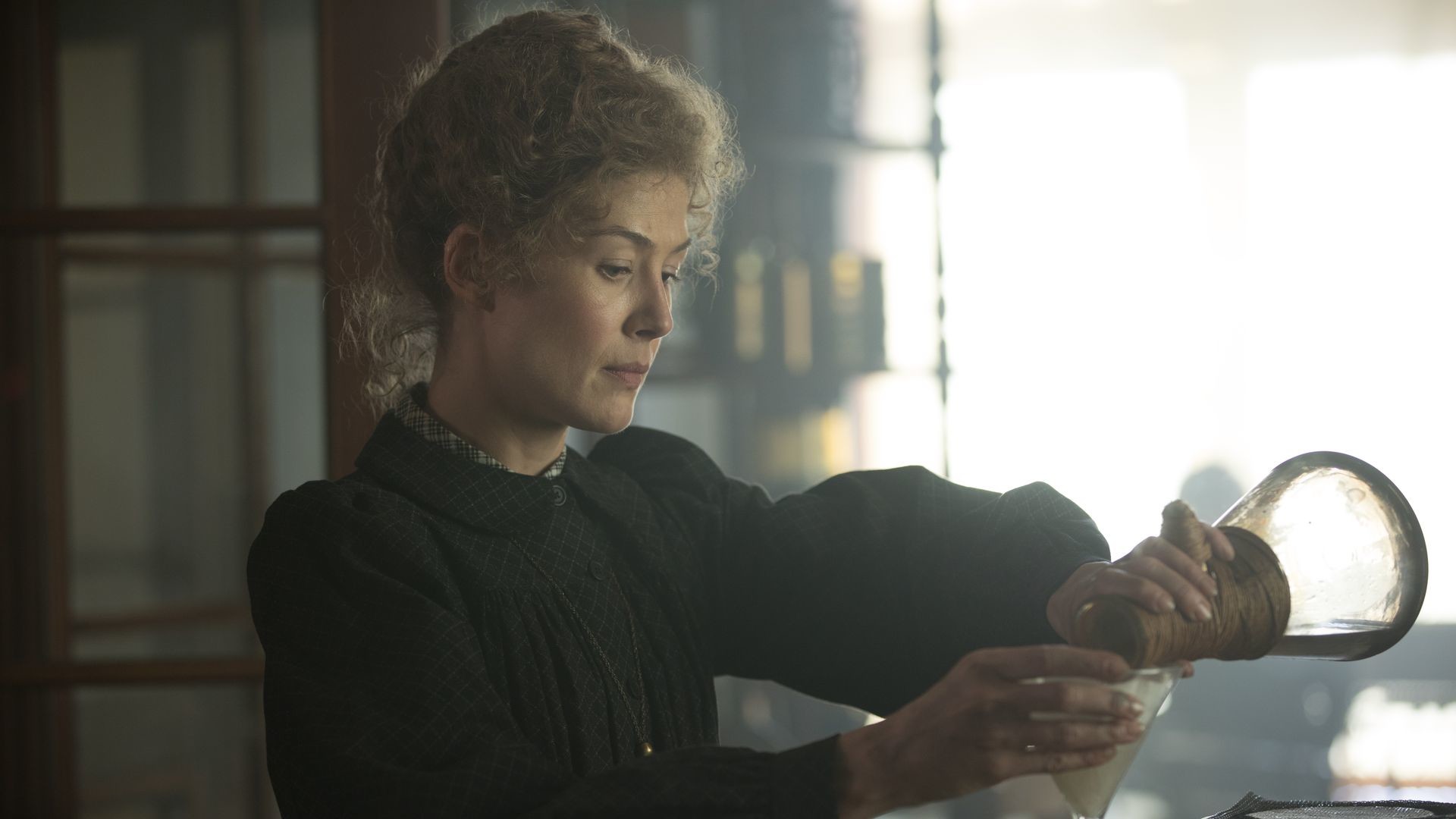 Marie Curie is the only person ever to win the Nobel Prize in two different fields, physics and chemistry. Though she opened the door to understanding some of the most potent forces in the universe, her century-old story endures in another sense: she was a brilliant woman fighting simply to be heard, to claim her rightful place beside, not behind, her husband. In Radioactive, as played by Rosamund Pike (Gone Girl, TIFF '18's A Private War), Curie is a woman with an unmatched mind, a clarion voice, and her own eternal fire.

When she lands in Paris from Warsaw at age 24, Maria Sklodowska is passionately curious, but impatient with lesser minds. Meeting the more established Pierre Curie (Sam Riley) could be her salvation, but Maria — now Marie — proves disastrous at flirting and small talk. Yet even as the two argue, they recognize a mutual attraction. Soon Pierre and Marie agree to not just work together, but to marry. As they push their scientific investigation forward, the Curies unlock forces far beyond their control.

Based on the remarkable graphic novel by MacArthur "Genius Grant"–winner Lauren Redniss, Radioactive begins as a familiar biopic but soon leaps into more exciting territory. Marjane Satrapi, whose animated Persepolis was nominated for an Academy Award, shifts into gorgeous animation for a scene in which Marie and Pierre explain uranium to a dinner-party guest. When their discovery of radium and polonium makes headlines, a dazzling montage shows how radioactivity became a bizarrely naive consumer fad. But it's the narrative leap from the Curie lab in the early 20th century to the decades-later impact of atomic bombs that reveals just what kind of film Radioactive is — audacious, compelling, and surprisingly romantic. 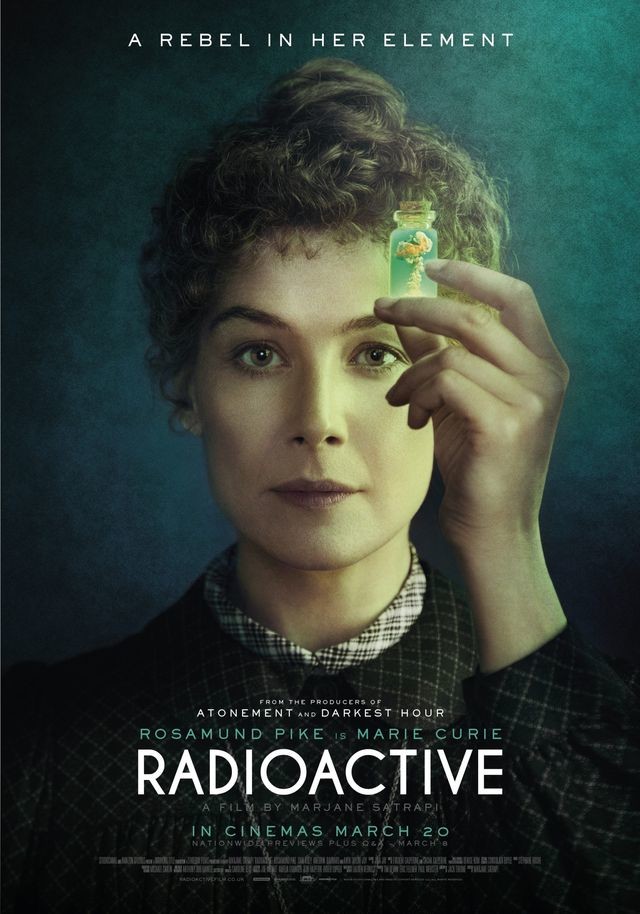