aka Mektoub, My Love: Canto Due

It's the end of summer vacation for Amin. The young photographer spends cozy evenings with Charlotte, the ex-girlfriend of his Casanova cousin. She talks to him about literature, he photographs her. Nobody knows that they see each other, especially not Ophélie, his childhood friend, who instead confides her troubles to Amin : her father wants her to take over the family farm, her fiancé Clement will return soon from Iraq for their wedding, she is pregnant with Tony's baby, and Tony wants to keep their affair secret instead of having a serious relationship. Ophélie constantly contemplates her choices : would it be better to get an abortion in secret and marry Clement or to follow her maternal instinct and keep the child, perhaps seeking refuge with Amin in Paris? 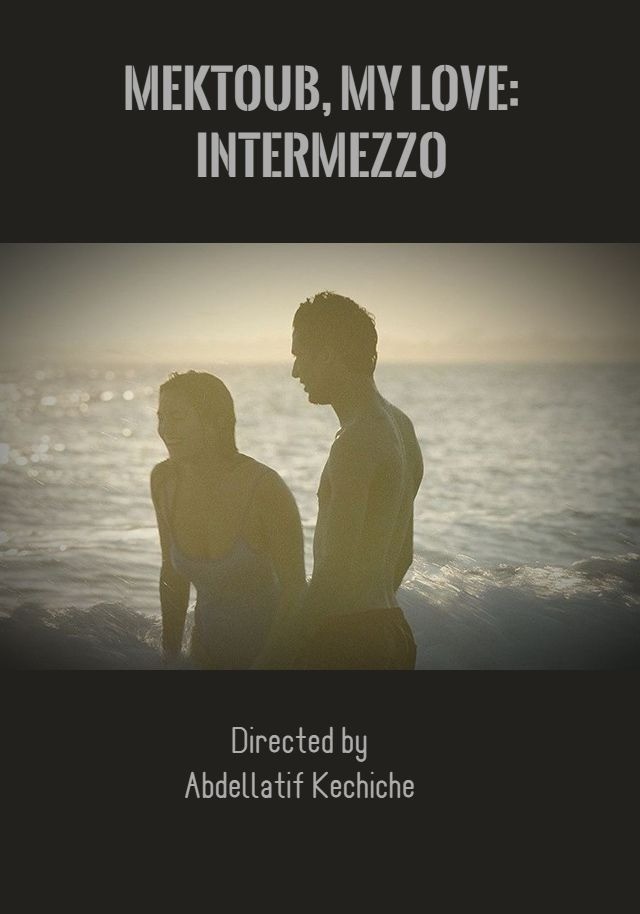