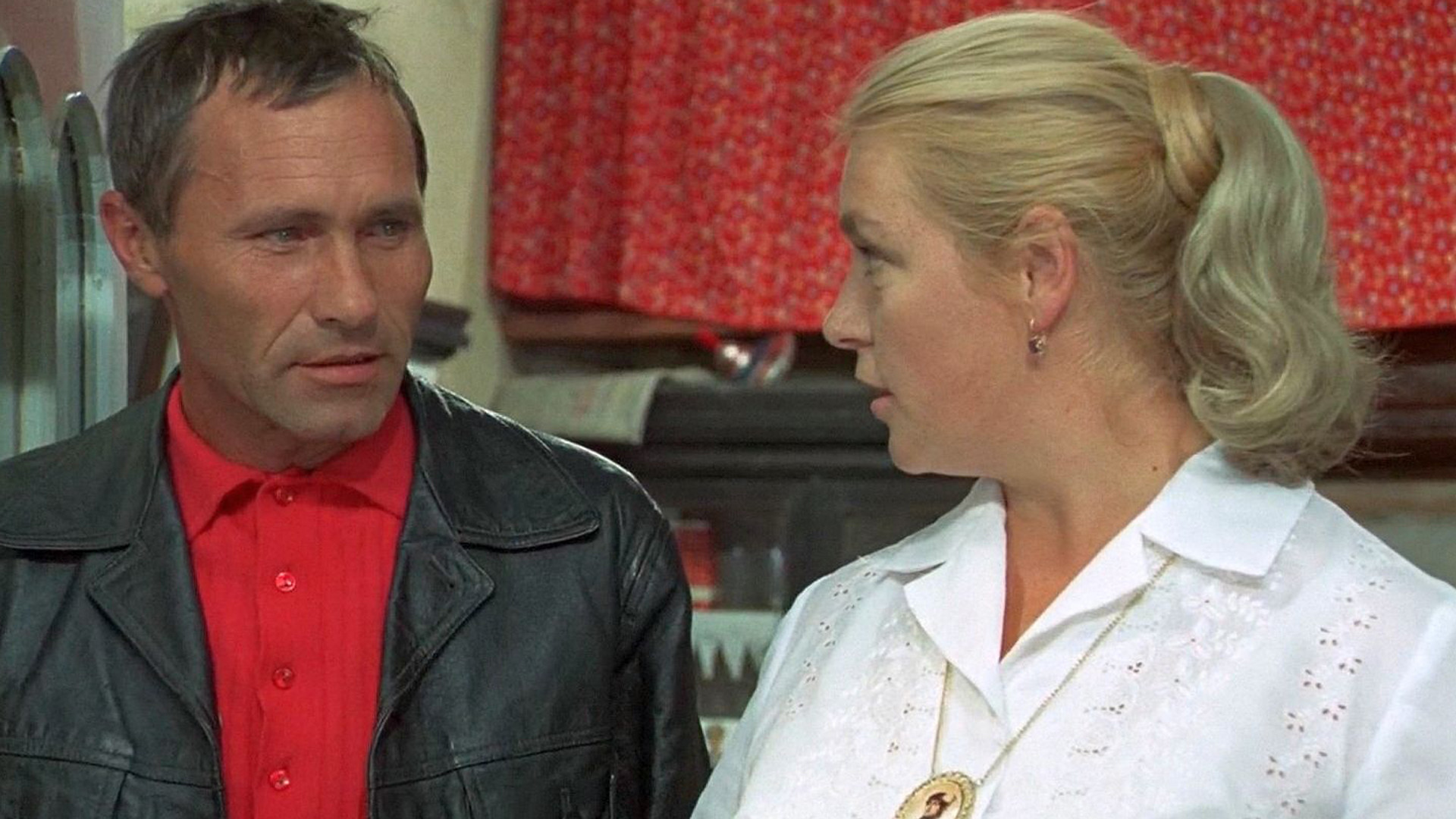 Vasily Shukshin is at the same time a screenwriter, a leading actor and a director of the film. Once appeared on the screen in 1974, Kalina Krasnaya became the most successful film in the Director's filmography and his last work as well: he died six months after the premiere. In 2019, Vasily Shukshin could have turned 90 years old.

He was not only an actor and director, but also a writer, playwright, author of a number of stories, plays and novels. Shukshin’s works is a reflection on the mentality of Russian people at the end of the last century. His heroes are ordinary Russian people, workers with a difficult fate and a difficult life. The writer always relied on eternal human values: love, kindness, personal freedom, morality, spirituality.

According to the plot of the film Kalina Krasnaya, a recidivist thief Egor Prokudin, alias "Grief," once set free, arrives at a village where his pen pal Lyuba lives. Country life changes the character abruptly, he becomes a part of the world of love, simple human relations and sincerity, however, former criminal friends don't let Egor forget the past.

Kalina Krasnaya participated in the Berlin Film Festival as part of the Forum program in 1975. Director Rainer Werner Fassbinder included Kalina Krasnaya in the top ten of his favorite films.

The film will be re-released on October 3. The digital restoration was completed by the Federal State Unitary Enterprise Mosfilm Cinema Concern. 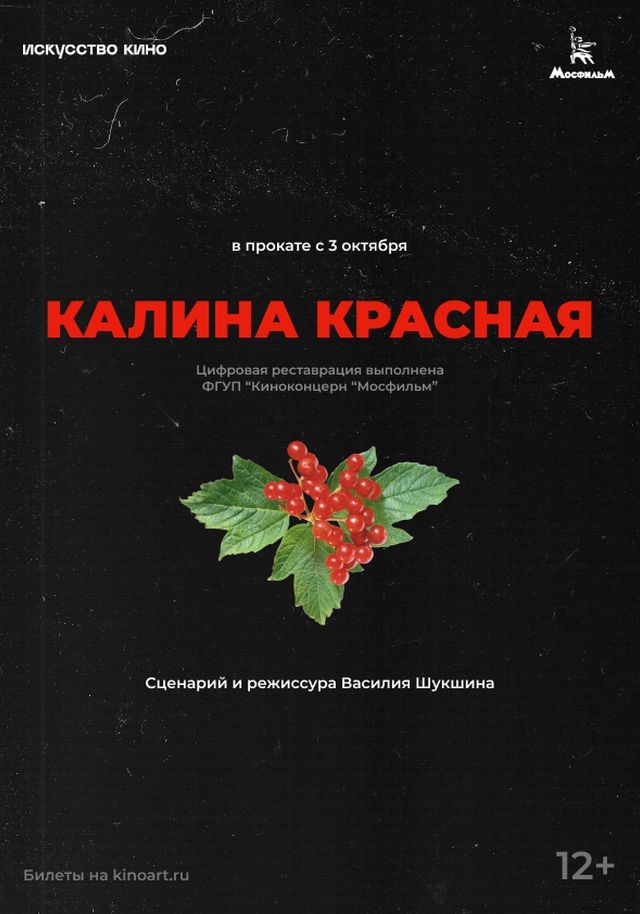