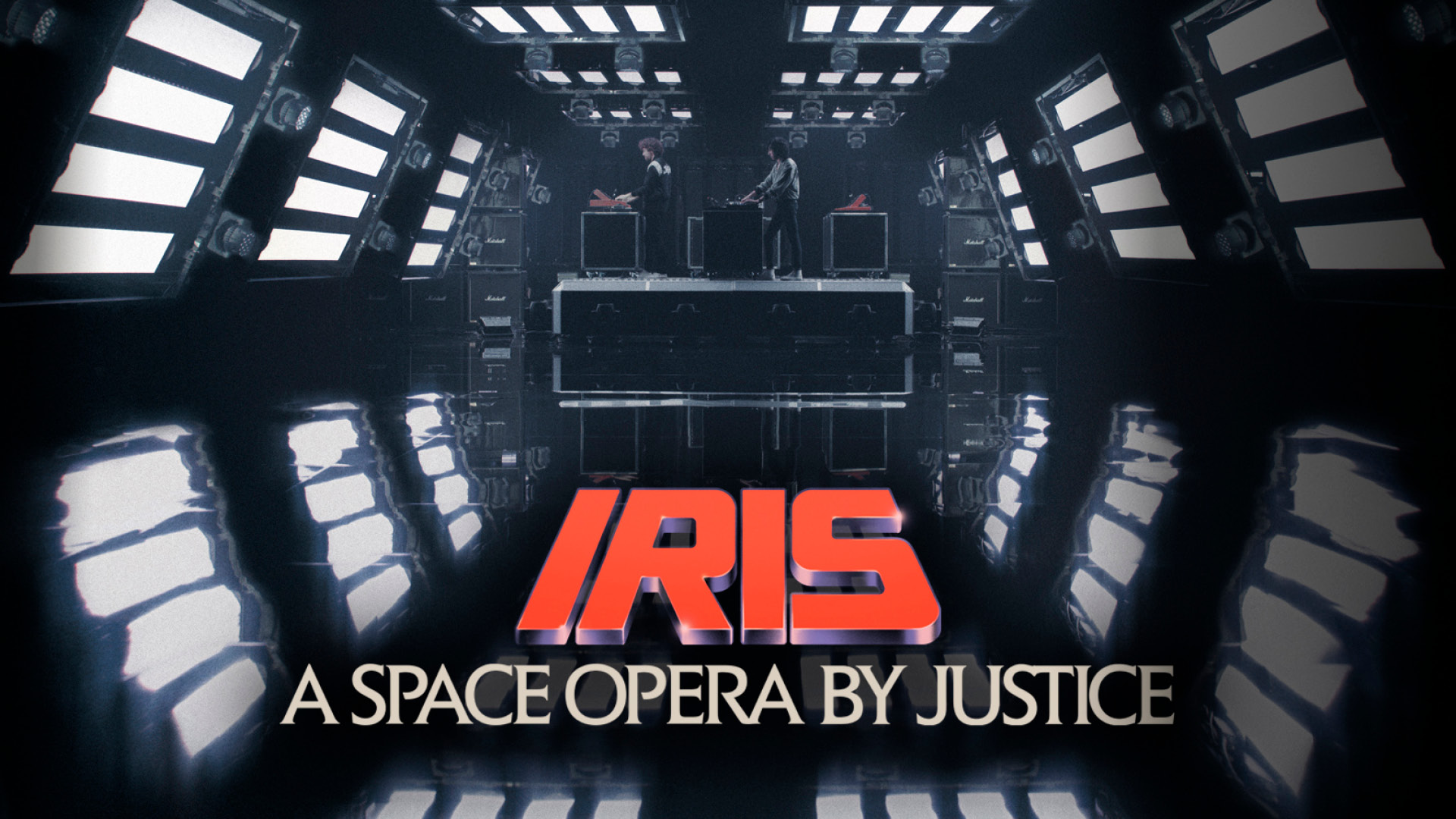 Do you want to see IRIS: A Space Opera by Justice in your city?
Instructions are here

The band Justice has created a unique live performance filmed especially for cinemas.

Adapted from the live show “Woman Worldwide”, widely considered to be one of the greatest electro concerts ever produced, Iris: A Space Opera by Justice is a totally immersive visual and auditory experience.
The concert film is preceded by a documentary that goes behind the scenes of this extraordinary show.
The film contains sequences of flashing lights which may affect customers who are susceptible to photosensitive epilepsy or other photosensitivities.