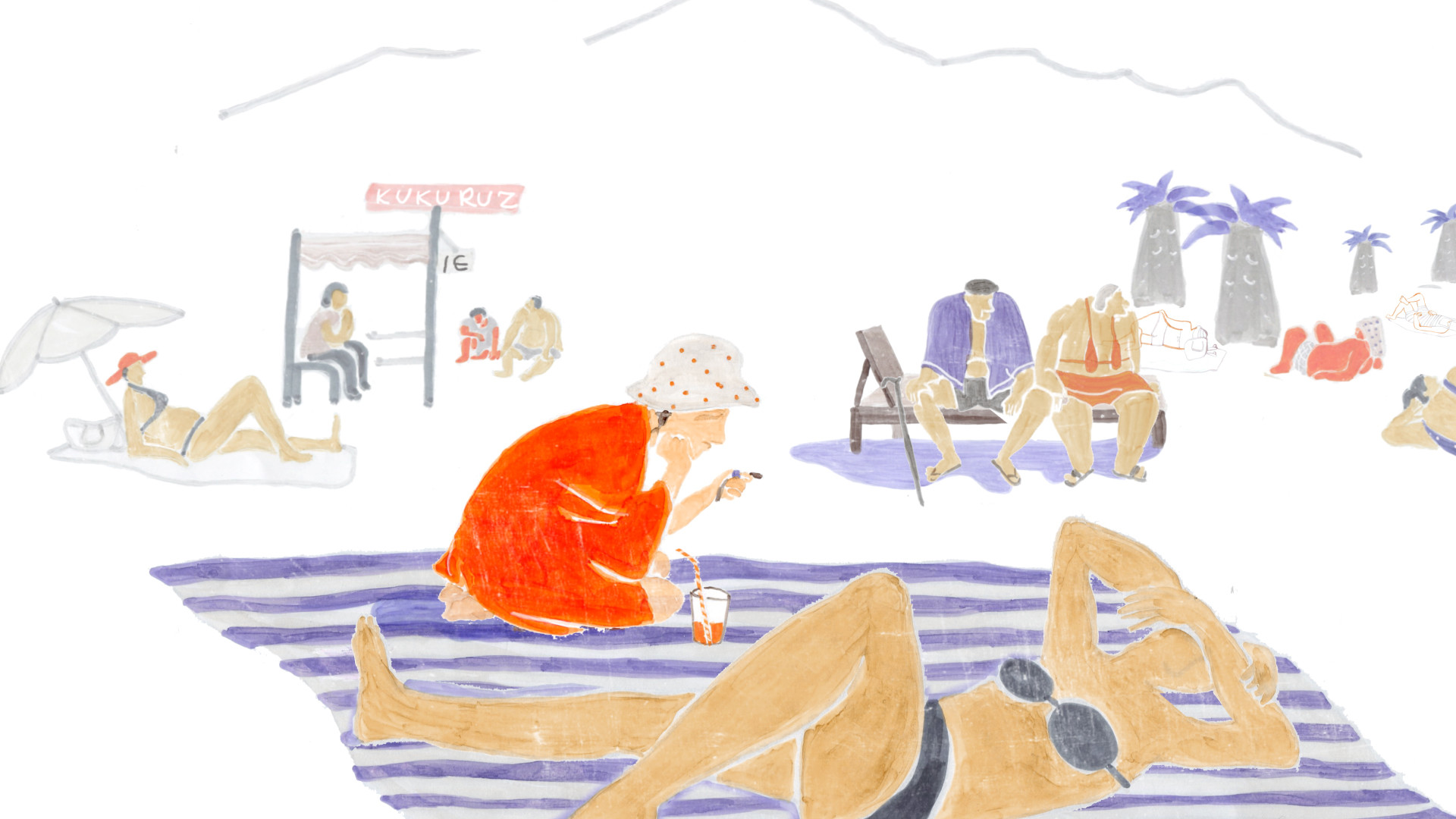 Mom tells her daughter to have a five minute break before she’s allowed to swim again. Those five minutes seem like eternity to the little girl. She’s trying to entertain herself by watching other beach goers who spend their own five minutes in different ways. However, everyone is waiting for their own «swim»...