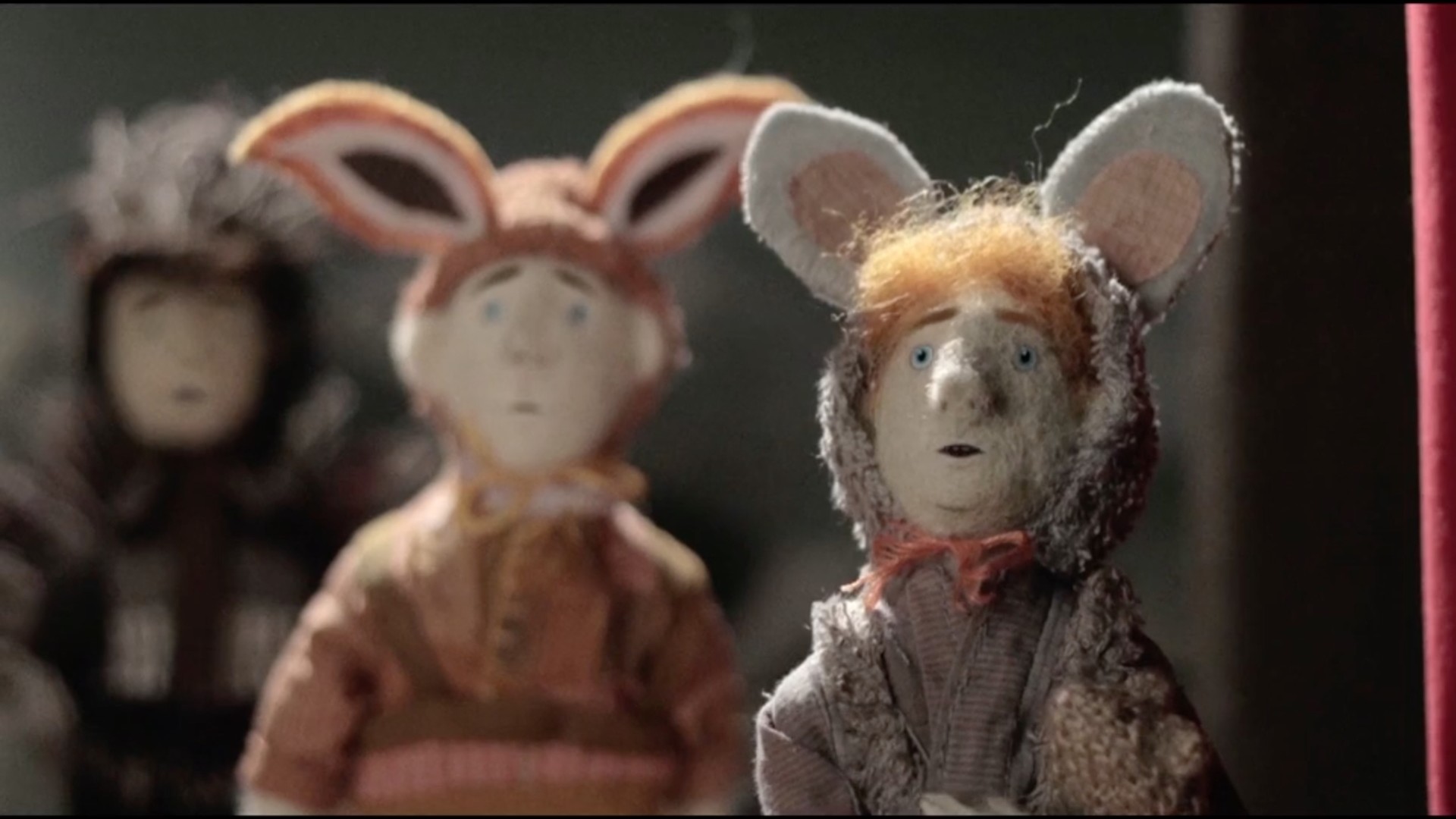 A stop motion film about an oddball felted character who slips through floors into the past and the deepest parts of his psyche in his pursuit of self-understanding.