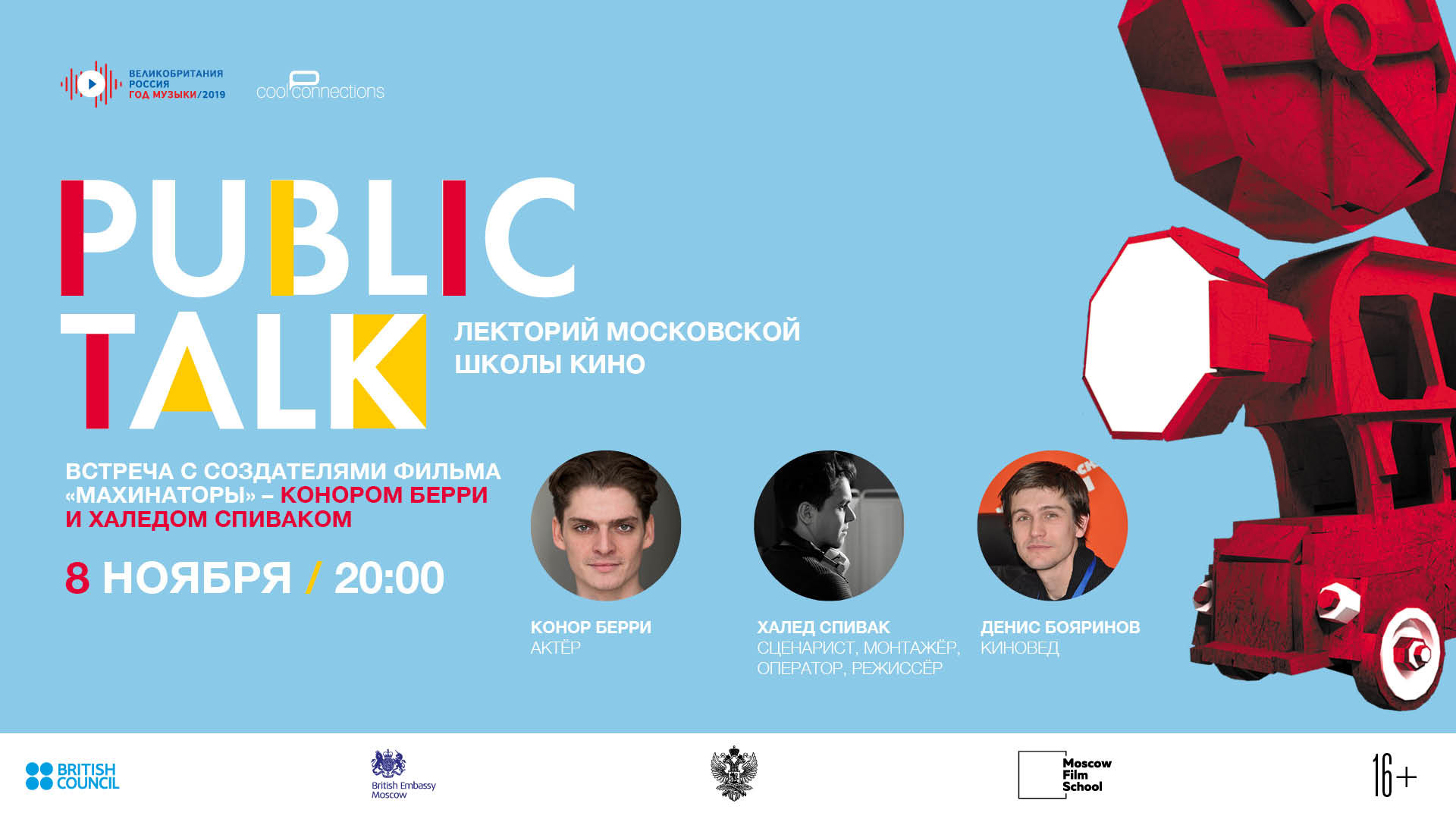 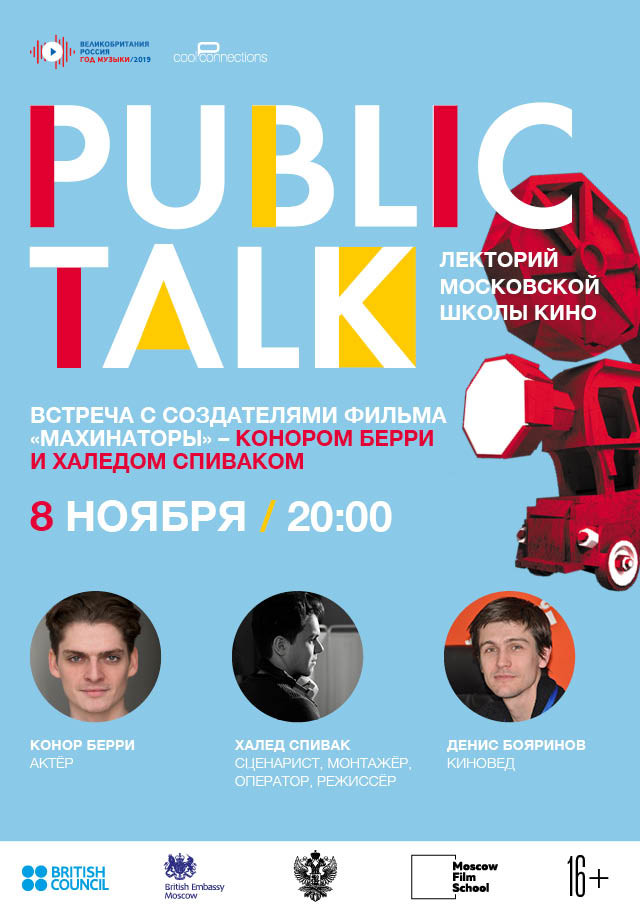 Schemers is a youth action film set in the 1980s that tells the story of adventurous friends from a Scottish province who organize semi-underground concerts of the bands that are to become classics of the British music scene. The plot is based on a real life story: the film's director David Mclean made a successful career as a music promoter, and his friend Alex Weston founded the band Placebo in the early 1990s.

At the public talk the audience will meet actor Conor Berry, who debuted with the film's lead role to the world of big cinema, and producer Khaled Spiewak who contributed to the film also as editor and cameraperson. The conversation, however, will go beyond the world of cinema: together with the moderator, music journalist Denis Boyarinov, the guests will discuss how the worlds of film and music intersect, will comment on the British music scene of today, and will explore how real life stories turn into films.