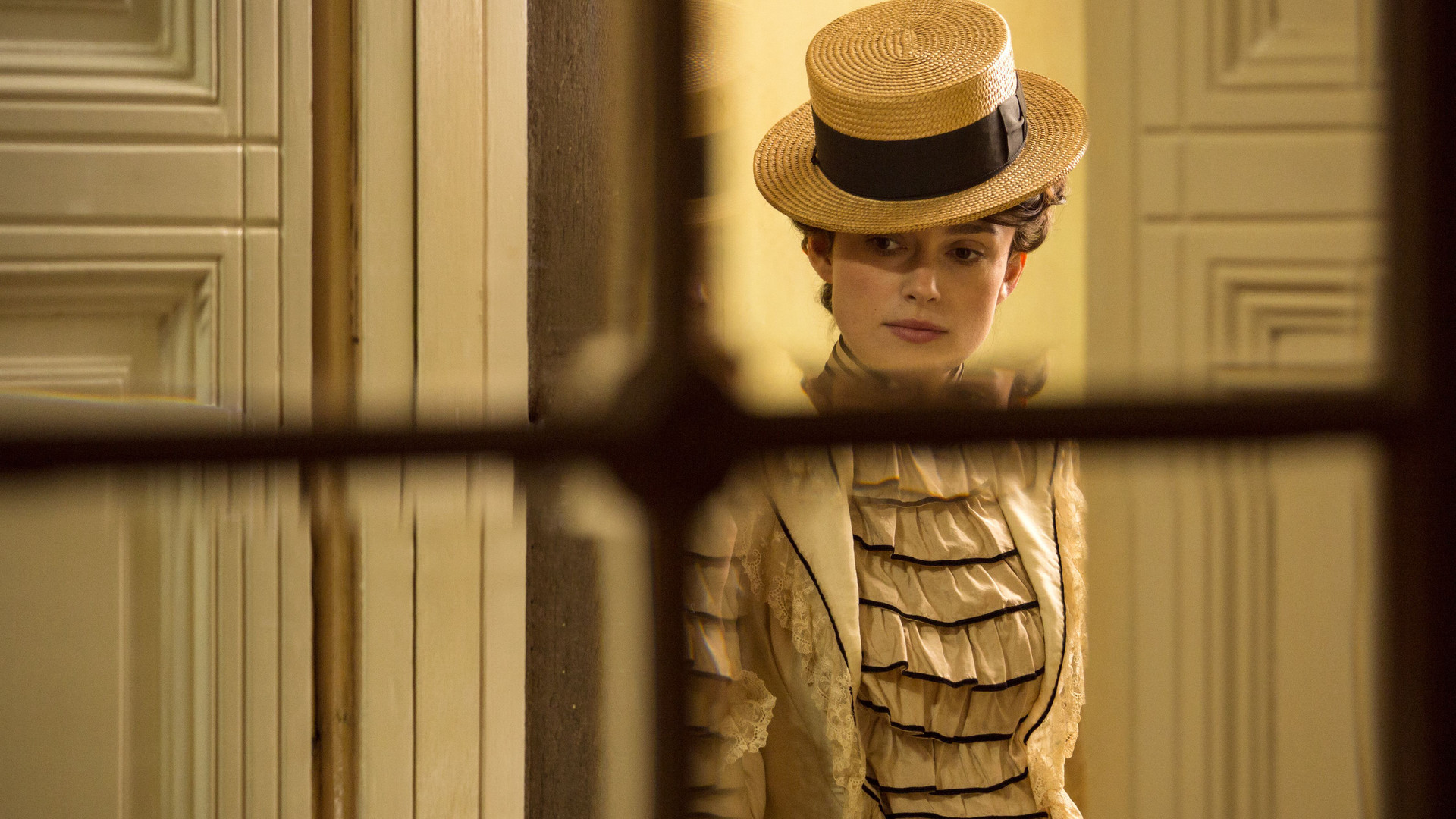 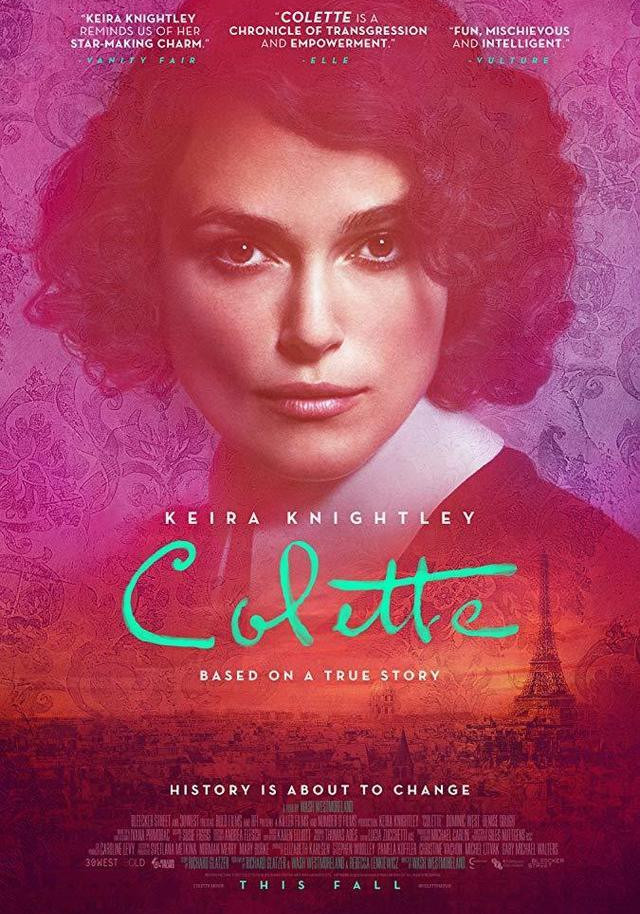 Colette is pushed by her husband to write novels under his name. Upon their success, she fights to make her talents known, challenging gender norms.

Colette is arguably one of France’s most important and groundbreaking twentieth-century writers, and her dozens of volumes of provocative fiction, memoirs, journalism, and drama jubilantly bucked the societal constraints that were placed on women. Writer/director Wash Westmoreland’s mesmerizing film tells the story of this iridescent artist’s creative awakening in turn-of-the-century Paris—a place as dynamic and modern as she was.

Colette (played with sumptuous feistiness by Keira Knightley) arrives from the countryside as a young bride to Willy—an older, notorious literary entrepreneur—and she is immediately swept into flamboyant, libertine society. At Willy’s prompt, she takes pen to paper and invents the loosely autobiographical Claudine novels, which take Paris by storm. The character Claudine becomes a veritable pop-culture icon, but Colette does not, since Willy takes authorial credit. To reclaim her literary voice, Colette must set out for new transgressive adventures, sans Willy.