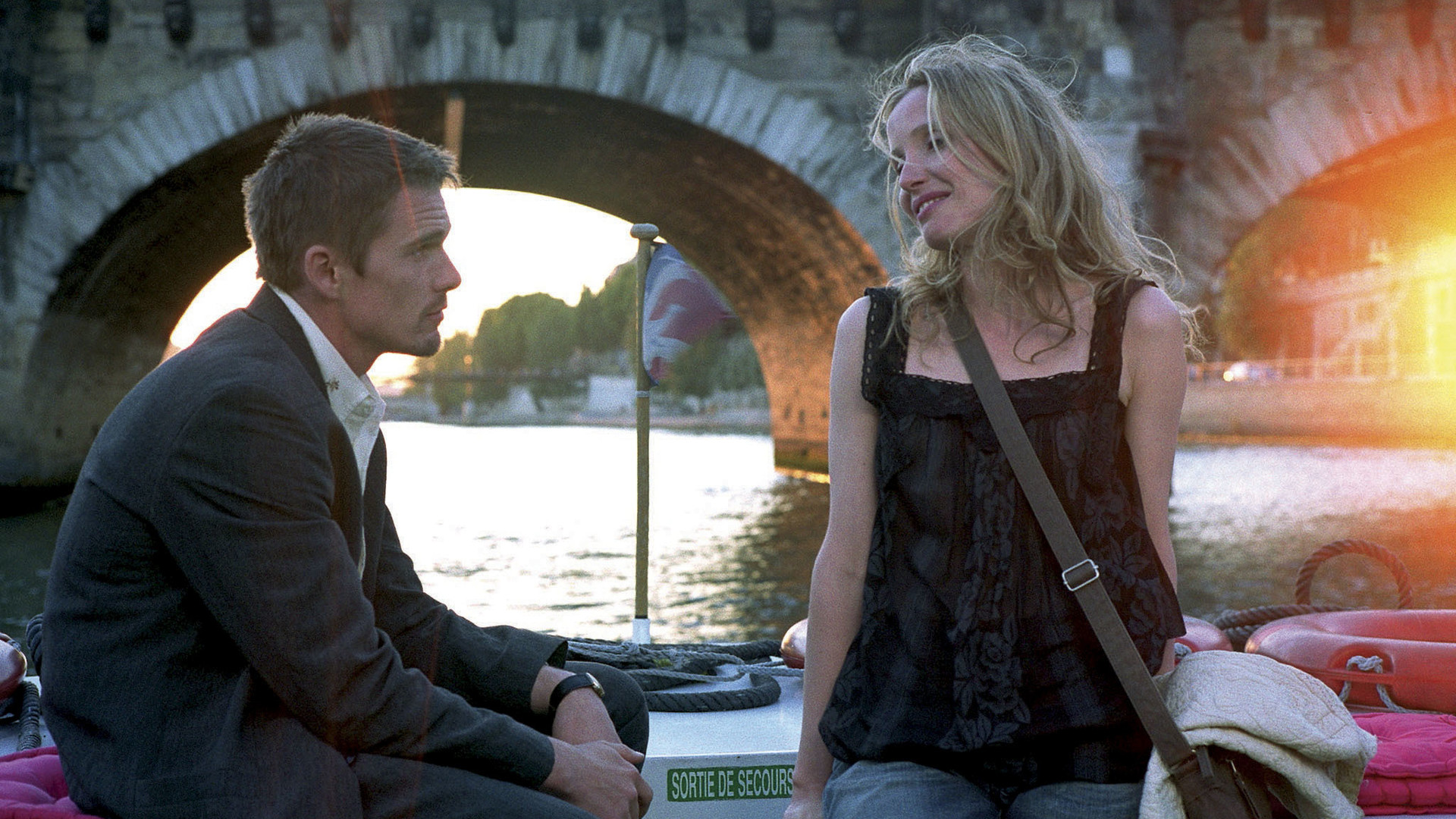 Nine years after Jesse and Celine first met, they encounter each other again on the French leg of Jesse's book tour.

Early thirty-something American Jesse Wallace is in a Paris bookstore, the last stop on a tour to promote his best selling book, This Time. Although he is vague to reporters about the source material for the book, it is about his chance encounter nine years earlier on June 15-16, 1994 with a Parisienne named Celine, and the memorable and romantic day and evening they spent together in Vienna. At the end of their encounter at the Vienna train station, which is also how the book ends, they, not providing contact information to the other, vowed to meet each other again in exactly six months at that very spot. As the media scrum at the bookstore nears its conclusion, Jesse spots Celine in the crowd, she who only found out about the book when she earlier saw his photograph promoting this public appearance. Much like their previous encounter, Jesse and Celine, who is now an environmental activist, decide to spend time together until he is supposed to catch his flight back to New York 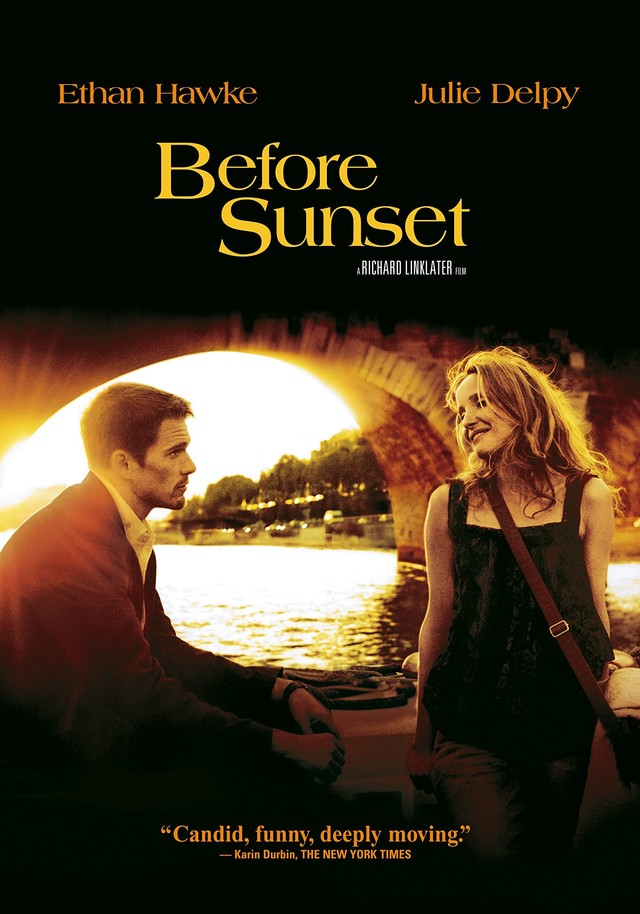