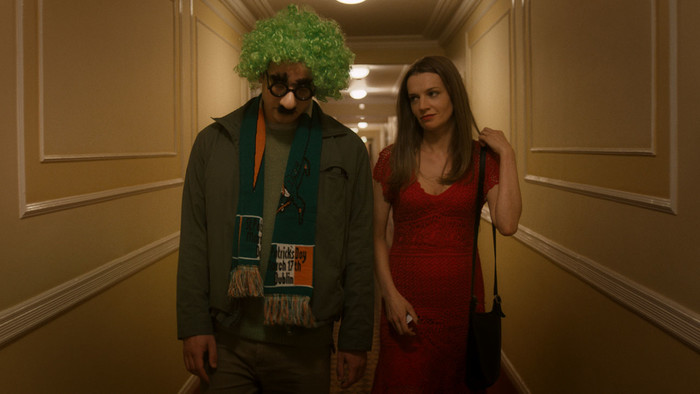 When a young man with mental health issues becomes intimate with a suicidal flight attendant his obsessive mother enlists a dysfunctional cop to separate them.

Patrick is a warm, open, twenty-six year old virgin schizophrenic. Pills and his mother’s protection mean he is no threat to himself or anyone else. Until he falls in love. The object of his desire, Karen, a suicidal flight attendant, has no idea the intimacy she shares with Patrick might reintroduce her to living. Patrick’s obsessive mother Maura doesn’t realize her own misguided love may be more dangerous than hate. To pull Karen and Patrick apart, she enlists the help of dysfunctional detective Freeman, who will use his position to help her, for a price. A provocative and heart-breaking love story about the right to intimacy for everyone, Patrick’s Day proves, when it comes to love, we’re all a little crazy.

Terry McMahon, Irish director, producer and actor, developed a deeper understanding of mental illness working as a trainee nurse in a psychiatric home at the age of seventeen. McMahon made his feature debut with the hugely controversial ‘Charlie Casanova.’ Winner of ‘Best First Feature’ at The Galway Film Fleadh,  ‘Charlie Casanova’ broke the mould for Irish independent film. McMahon followed that up with ‘Patrick’s Day’, the film with a profound sense of truth to it, due to McMahon’s talent and experience.