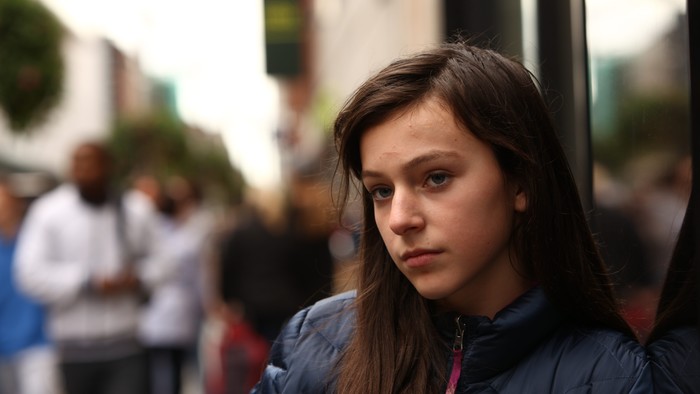 Amy Keane, a thirteen-year-old trying to cope with the death of her mother and the reappearance of her father’s ex-girlfriend, experiences the temptation of suicide after witnessing the outpouring of love for a local suicide victim.

I Used to Live Here takes a factional look at how the idea of suicide can spread in communities, particularly among young people. Featuring performances from a mostly nonprofessional cast, and filmed on the streets of Tallaght in west Dublin, this film offers a striking dramatic representation of a real-life community on screen.

Frank Berry, one of the most significant Irish film-makers, started his career with making community and charity videos. The film is inspired by the suicide-cluster phenomenon.

“Berry delivers an uncompromising study of a tragic trend that owes much to Andrea Arnold’s brand of social realism and within that, he captures the anxieties of a dead-end adolescent existence with laudable sensitivity.” David Parkinson, Radio Times