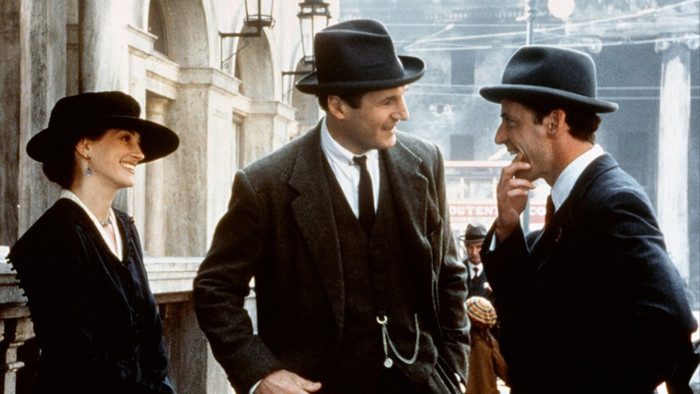 Neil Jordan’s film traces the career of Irish Republican hero Michael Collins, from the Easter Rising to his death in 1922. Michael Collins was one of the founders of what was eventually to become the Republic of Ireland and the film tells the story of a man whose belief in violence is finally transformed by the horrors of civil war into a desire for peace.

“This story is more about history than any political statement…I wanted to make this story as accurate as possible without killing it dramatically and I think I have. It is very true. The film spares neither the Irish nor the British in its depiction of the savagery of the time.”
– Neil Jordan

The film became the highest grossing film ever in Ireland upon its release. In 2000, it was second only to Titanic in this category.