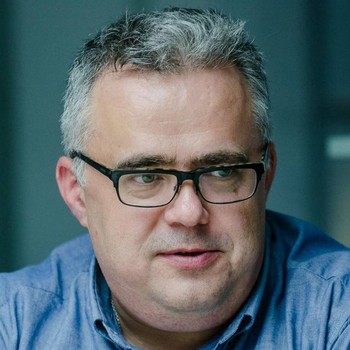 Yuri Saprykin was born on February 7, 1973 in Novomoskovsk, Tula Region. He studied at school number 1 of his native city, graduated in 1990 and continued his studies in Moscow, in 1995 graduated from the faculty of philosophy of Moscow State University.

In1999 has been writing about music in a new magazine, Afisha. Later, Saprykin became vice editor-in-chief of the magazine, and then - the chief editor. In 2008 he was editorial director of publications for Afisha Industries.

Since 2011, Saprykin was the chief editor of the Internet project Slon.ru. Then worked at the United Rambler-Afisha company. In 2013-2014 was a columnist in the GQ magazine. In 2015, he became editorial director at the MoscowTimes publishing house. From 2017 is a head of the Polks project dedicated to classical Russian literature.

In 2011-2012 Saprykin was a member of the organizing committee of the rallies For Fair Elections on Bolotnaya Square and on Sakharov Avenue in Moscow.
Share