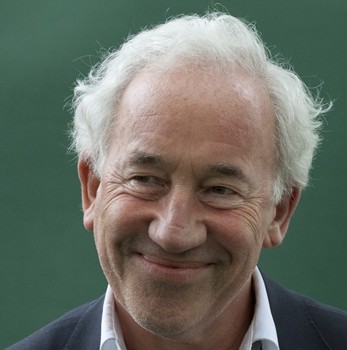 Simon Callow was born in 1949 in London. He lived in Africa for three years, studied at the London Oratory School on his return and subsequently spent a year at Queen’s University Belfast, from which he ran away to become an actor. After three years training at the Drama Centre, he made his debut at the Edinburgh Festival in 1973, playing the front end of a horse in Büchner’s Woyzeck.

In 1979, he created the part of Mozart in the first production of Peter Shaffer’s Amadeus. He has appeared extensively with the RSC, the National Theatre, at the Royal Court, in the West End and all over the country. Over the years he has done a number of one-man plays including The Importance of Being Oscar, The Mystery of Charles Dickens, Being Shakespeare (in London, New York and Chicago), two sold-out seasons of A Christmas Carol at the Arts Theatre and Tuesday at Tesco’s in Edinburgh and New York. His films include Amadeus, A Room with a View, Shakespeare in Love, Four Weddings and a Funeral, Phantom of the Opera, Chemical Wedding, Late Bloomers, No Ordinary Trifle  and Acts of Godfrey in which he plays God. He has directed over thirty shows, including Carmen Jones and the premieres of Shirley Valentine and Single Spies at the National Theatre.

He has written 14 books, including a memoir Love is Where It Falls, biographies of Charles Laughton and Orson Welles, and a number of books about the theatre, starting with Being an Actor and recently continuing with My Life in Pieces, which won the coveted Sheridan Morley Award. His biography of Dickens, Charles Dickens and the Great Theatre of the World, was published in 2012; his biography of Wagner, Being Wagner, appeared earlier this year.