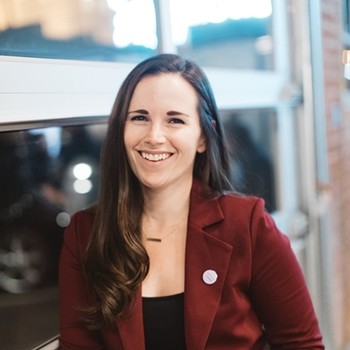 SARAH MOSHMAN is an Emmy® Award-winning documentary filmmaker and TV producer. After studying film at the University of Miami, she worked as a field producer for ABC’s Dancing with the Stars for 10 seasons as well as shows on NBC, MTV, Bravo, Lifetime, and the Food Network often operating as a one-woman crew. In 2012, tired of the way the media misrepresents women; Sarah pursued her dream of making a film that celebrated strong women in the United States by taking a road trip to meet women from all walks of life. The result is the inspiring and award-winning documentary: The Empowerment Project: Ordinary Women Doing Extraordinary Things.  Sarah travels to schools, groups, organizations, and corporate offices to screen the film and start an important conversation around empowerment in America today asking audiences: ‘What would you do if you weren’t afraid to fail?’ To date, the documentary has been screened over 300 times in 33 states and 6 countries to audiences as intimate as 5 and as grand as 1,000 and with the help of brands like Nordstom and American Girl.

Sarah and her work have been featured in The Huffington Post, Forbes, Marie Claire, People.com, CNN and on Good Morning America. In addition, Sarah has been speaking at conferences, on panels, and in Fall 2016 she will be gracing the TEDx stage. Her largest audience to date was at WE Day California to a stadium of 16,000 people in February 2015. The power of cinema continues to be Sarah’s passion andLosing Sight of Shore is her second feature-length documentary project about 4 women who set out to row the Pacific Ocean, and she is thrilled to continue to shine light on stories that empower women.