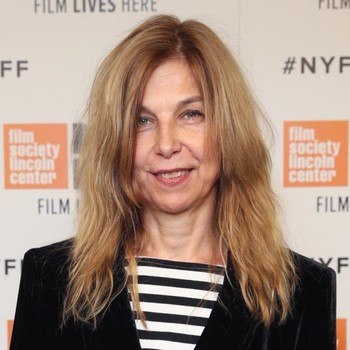 Was born December 15, 1955 in Westfield, New Jersey to Albert and Martha (Miller) Driver. She attended Randolph-Macon Woman's College in Lynchburg, Virginia, graduating with a degree in theatre and classics in 1977. She spent her junior year studying in Athens, and participated in a production by the National Opera of Greece. Driver taught directing in NYU's Graduate Film School (1996–1998), where she received her Master of Fine Arts degree in 1982.

Driver is a participant in the independent film scene that flourished in lower Manhattan from the late 1970s through the 1990s, she gained initial recognition as producer of two early films by Jim Jarmusch, Permanent Vacation (1980) and Stranger Than Paradise (1984). Driver has directed two feature films, Sleepwalk (1986) and When Pigs Fly (1993), as well as a notable short film, You Are Not I (1981), and a documentary, Boom For Real: The Late Teenage Years of Jean-Michel Basquiat (2018), on the young artist's pre-fame life in the burgeoning downtown New York arts scene before the city's massive changes through the 1980s. She served on the juries of various film festivals throughout the 2000s.

Driver made her directorial debut in 1981 with You Are Not I, a short subject film based on a Paul Bowles story and co-written by Jim Jarmusch. Shot in six days on a $12,000 budget, it developed a following soon after a well-received premiere at the Public Theater, only to be pulled out of circulation when a warehouse fire destroyed the film's negative. Rarely seen, it was still championed by renowned critics and film journals like Jonathan Rosenbaum and Cahiers du Cinéma, which hailed You Are Not I as one of the best films of the 1980s. Considered 'lost' for many years, a print was later discovered among Bowles's belongings. Driver was awarded a preservation grant from Women in Film and Television. The restored film screened in the Master Works section of The New York Film Festival 2011.

It was awarded the Prix Georges Sadoul (1986) by the Cinémathèque Française, the Special Prize at the 1986 International Filmfestival Mannheim-Heidelberg, and was the opening night selection for the 25th Anniversary of the International Critics' Week (1986) at the Cannes Film Festival. Sleepwalk was also featured at the Museum of Modern Art's 1987 New Directors/New Films Festival and the Sundance Film Festival (1987).

Driver also wrote and directed the short documentary, The Bowery - Spring, 1994, part of Postcards from New York, an anthology program for French TV. Driver has producer and production credits for many films of Jim Jarmusch, as well as minor roles in three of his films.

Driver's theater work includes the play What the Hell - Zelda Sayre (1977, writer, director); the experimental musical Jazz Passengers in Egypt (1990, director), performed at La Mama, NYC; as well as the play Stairway to Heaven (1994, director), at the Cucaracha Theatre, NYC.