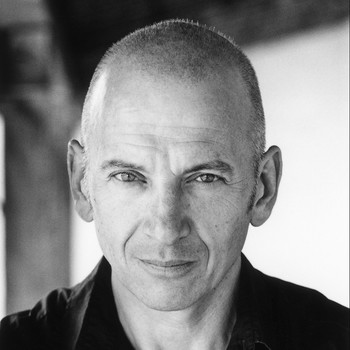 Phil Grabsky is a British documentary film-maker based in Brighton, East Sussex. His company Seventh Art Productions has produced documentaries for television and cinema.

Grabsky’s work such as I, Caesar, Spain - In the Shadow on the Sun, The Great Commanders and the Tim Marlow on... series, has been broadcast on various U.K. channels such as BBC, Channel 4, Five and Sky Arts, and around the world.

2006 saw the completion of In Search of Mozart. The film illustrates the life and work of the composer through interviews and live performance. The film premiered at London’s Barbican concert hall. Subsequently it has gone on to become one of the top 100 grossing documentaries in Australia.

Heavy Water: A Film for Chernobyl (2006) explores the Chernobyl nuclear disaster through Mario Petrucci’s (it) poetry. Phil worked in conjunction with director David Bickerstaff for this project which went on to win Best Short Documentary at the Cinequest International Film Festival.

In 2007 Grabsky completed Escape from Luanda which tells the tale of three students at Angola’s only music school.

After the success of In search of Mozart and In Search of Beethoven,In search of Haydn was released in January (2012) focusing on the life and works of the great composer. Grabsky is now working on the next in the series, In Search of Chopin.

Grabsky's most recent project is the ground-breaking initiative to connect major exhibitions from across the world and bring them to cinema screens internationally. The series began with ‘Manet: Portraying Life at the Royal Academy’ on April 11th and continues with Munch on June 27th and Vermeer on October 10th. Each of these event films captures and explores these important shows and brings a wealth of masterpieces to audiences via high-tech digital cinema technology.

Upcoming productions include "Concerto: A Beethoven Journey", which will follow world top pianist Leif Ove Andsnes as he digs deep into Beethoven as a musician and a great mind with his great tour of his 5 piano concertos.

In addition to making films, Phil has released four books and often serves as a judge for various awards including BAFTA, Emmys, RTS and the One World awards.