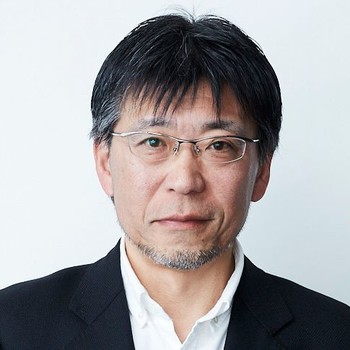 1983, he starts working at Taiyo Kikaku Co., Ltd., where he currently works.

In 1987, at the Tokyo Motor Show, he worked on software for simultaneous broadcasting  on 112 displays, in 1989, he presented multi-slides at the design exhibition in Nagoya that allow  5 sides broadcasting, and in 1993, at the EXPO exhibition in Daejeon (South Korea) he created a system that allows you to display a panoramic picture at 360°.

In 1999, he saw the northern lights for the first time with his own eyes, which made a great impression on him and inspired him to take up the creation of full-dome films. So, since 2002, he begins to work on films created for display in planetariums.

After that, he is engaged in the Kinect system (contactless touch game controller), as well as in virtual and augmented reality systems; also he worked on production of films created with the stop-motion animation technique.