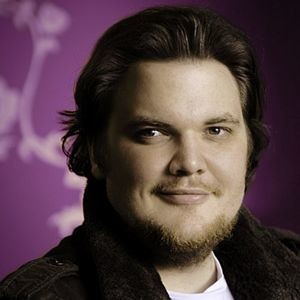 Born 1980 in Germany, Martin grew up in a music studio and was surrounded by talents such as Boney M. and Falco. At the age of 8 he began to explore the world of film making, shooting stop motion and short films. He lived in Spain for several years and worked for film, TV and commercial production companies.

He studied Animation & Visual Effects at the German Film School in Berlin. 2006 he started studying film directing at the Filmakademie Baden-Württemberg. In 2009 he was awarded a scholarship for the UCLA Hollywood Masterlcass in Los Angeles. Martin was also awarded the German Scholarship for outstanding students.

His film The Night Father Christmas Died has been nominated for the 2010 Student Academy Award by the Academy of Motion Picture Arts and Sciences. His graduation feature film Robin Hood won the Primetime Award and will be the first student film ever to be telecast by a major network at prime time. The film was the first student film to ever open one of Germany's oldest and most acclaimed film festivals, The Max Ophüls Prize and was selected by festivals like Fantasy Filmfest or the San Diego Film Festival in 2013.

In 2019, Martin comes to Moscow for the first time to participate in the 18th German Films Festival and to present his third full-length work, dedicated again to the filmmakers. The romantic melodrama Traumfabrik is an opening film of the festival on November 27th.
Share