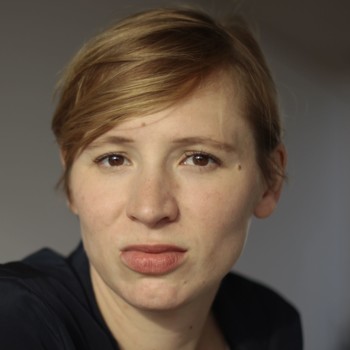 Lisa Bierwirth is a German filmmaker, born 1983 in Hessisch Lichtenau.

From 2000 to 2001 she spent a year abroad in New York City and worked there at various off-theaters. In 2001 she moved to Berlin. After graduating high school and various internships, she studied directing at the German Film and Television Academy Berlin (dffb) from 2006 to 2016. There she realized several short and medium-length films.

Before and during her studies she worked in the areas of production, editing, casting and assistant directing, among others for the directors Sonja Heiss and Henner Winckler, and for companies like Zero Film and Komplizen Film.

From 2013 to 2016 she was the artistic assistant and dramaturgical advisor to Valeska Grisebach. She accompanied the director's project "WESTERN" (Cannes Un Certain Regard 2017) during script development, research, casting and shooting in Bulgaria.

"Le Prince" is her debut film and was nominated for the German Screenplay Prize by the Federal Government Commissioner for Culture and the Media.