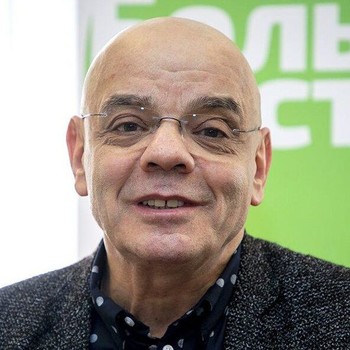 Russian actor and theatre director, the head of the Moscow Satyricon Theatre (since 1988).

He is the son of Arkady Raikin, the legendary Soviet actor and stand-up comedian.
Share