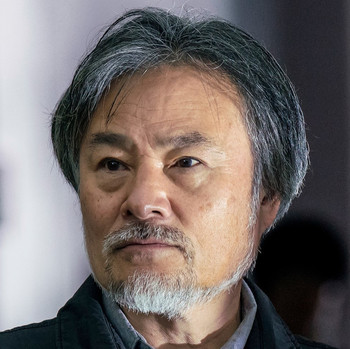 Born in Kobe on July 19, 1955, Kiyoshi Kurosawa is not related to director Akira Kurosawa. After studying at Rikkyo University in Tokyo under the guidance of prominent film critic Shigehiko Hasumi, where he began making 8mm films, Kurosawa began directing commercially in the 1980s, working on pink films and low-budget V-Cinema (direct-to-video) productions such as formula yakuza films.

In the early 1990s, Kurosawa won a scholarship to the Sundance Institute and was able to study filmmaking in the United States, although he had been directing for nearly ten years professionally.

Kurosawa followed up Cure with a semi-sequel in 1999 with Charisma, a detective film starring Kōji Yakusho. In 2000, Seance, Kurosawa's adaptation of the novel Seance on a Wet Afternoon by Mark McShane, premiered on Kansai TV. It also starred Yakusho, as well as Jun Fubuki (the two had appeared together in Charisma as well). In 2001, he directed the horror film Pulse. Kurosawa released Bright Future, starring Tadanobu Asano, Joe Odagiri and Tatsuya Fuji, in 2003. He followed this with another digital feature, Doppelganger, later the same year.

In 2005, Kurosawa returned with Loft, his first love story since Seance. Another horror film, Retribution, followed in the next year. With his 2008 film, Tokyo Sonata, Kurosawa was considered to step "out of his usual horror genre and into family drama." He has written a novelization of his own film Pulse, as well as a history of horror cinema with Makoto Shinozaki.

In September 2012, it was announced that he will direct 1905, a film starring Tony Leung Chiu-Wai, Shota Matsuda and Atsuko Maeda. In February 2013, it was announced that production of the film had been cancelled before filming could start. Kurosawa directed a 2012 five-part television drama Penance.[18] Beautiful 2013, an anthology film featuring Kurosawa's Beautiful New Bay Area Project, screened at the Hong Kong International Film Festival in 2013.