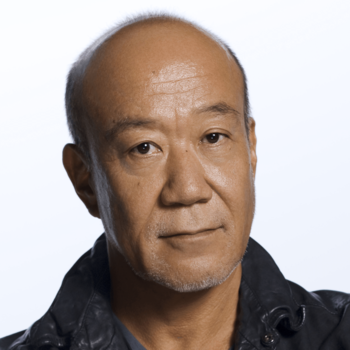 A Japanese composer and musical director known for over 100 film scores and solo albums dating back to 1981.Hisaishi is also known for his piano scores.

While possessing a stylistically distinct sound, Hisaishi's music has been known to explore and incorporate different genres, including minimalist, experimental electronic, European classical, and Japanese classical. Lesser known are the other musical roles he plays; he is also a typesetter, author, arranger, and conductor.

He released his first album, Information, in 1982. Next year, Isao Takahata recommended the young composer to Hayao Miyazaki to write an album for the manga Nausicaä of the Valley of the Wind, and afterwards -  for the namesake anime feature. Hisaishi and Miyazaki became great friends and would work together on many future projects.

In addition to creating music for feature films and animated films, Hisaishi works a lot for television and is involved in creating commercials. He also created the music for the 1998 Paralympic Games in Nagano.