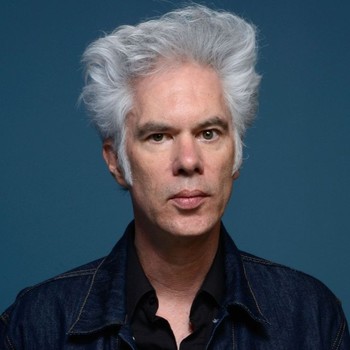 An American film director, screenwriter, actor, producer, editor, and composer. He has been a major proponent of independent cinema since the 1980s, directing such films as Stranger Than Paradise (1984), Down by Law (1986), Mystery Train (1989), Dead Man (1995), Ghost Dog: The Way of the Samurai (1999), Coffee and Cigarettes (2003), Broken Flowers (2005), Only Lovers Left Alive (2013), and Paterson (2016). Stranger Than Paradise was added to the National Film Registry in December 2002. As a musician, Jarmusch has composed music for his films and released two albums with Jozef van Wissem.

Born January 22, 1953 in Akron, Ohio, and came to New York to study at Columbia and NYU's film school. He would also study film at the Cinematheque Francaise in Paris. He worked as an assistant on Lightning Over Water (1980), a film by Nicholas Ray and Wim Wenders, before making his first film, Permanent Vacation (1982), made for roughly $15,000. After much hustling, he found a German producer by the name of Otto Grokenberger, who stayed out of his way and provided him with complete artistic control. The result was the highly stimulating Stranger Than Paradise (1984), a film he structured around Screamin' Jay Hawkins' song, "I Put A Spell On You", and which would go on to win the Camera D'Or at the 1984 Cannes Film Festival.
Share