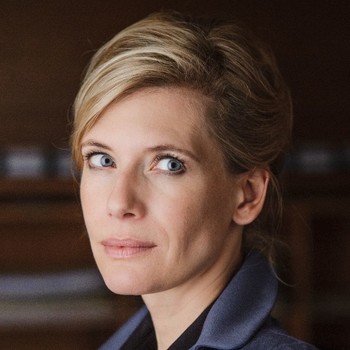 She became apparent with roles in films like Tatort und Polizeiruf 110. She won several awards with her films, regarding acting and directing films in Germany.

Ina Weisse was born June 12, 1968 in West Berlin and is the daughter of a respected architect and an art mistress, which influenced her very early to choose an artistic life journey. But it was her uncle, who introduced her to the theater, as he took her to the Berliner Schaubühne.

After she finished her degree at the acting school Otto-Falckenberg-Schule in Munich, received Ina Weisse her first engagement at the National Theatre Mannheim. Afterwards she started to study philosophy in Heidelberg in 1992. In 2002 she finished her second degree at the University of Hamburg, where she studied film direction and production by Hark Bohm.

Her graduation movie Alles anders was honored with the First Steps Award. Der Architekt (2008) was her debut as a film director. The movie was screened at the Berlinale and Max-Ophüls-Filmfestival in 2009 and was priced for the best screenplay.