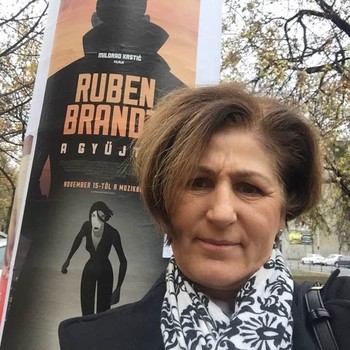 Graduated from the Eötvös Loránd University (Faculty of Humanities).

In 1990 founded one of the first independent commercial galleries in Hungary.
Was curator of various art projects.
One the key projects by her is the Das Anatomische Theater (Milorad Krstic,1999), the winner of The Annecy International Animation Film Festival and its Market  Award (MIFA) for best experimental art work.