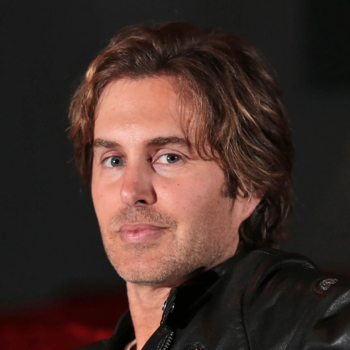 Gregory Sestero (born July 15, 1978)  Sestero was born in Walnut Creek, California. His mother is of French and Sicilian descent. He was raised in Danville, California, where he attended Monte Vista High School. At the age of 12, he wrote a sequel to the then-recently released 1990 film Home Alone with a leading role for himself. He submitted the screenplay to Hughes Productions and received a commendatory letter from filmmaker John Hughes. During his junior year of high school, Sestero began modelling, working in Milan and Paris for designers such as Giorgio Armani and Gianfranco Ferré. He returned to the United States to focus on acting, enrolling in the American Conservatory Theater in San Francisco. His signing with Hollywood agent Iris Burton prompted his eventual move to Los Angeles.

Sestero's early acting work included minor roles in the television show Nash Bridges and the films Gattaca (1997) and Patch Adams (1998). In 1999, Sestero was cast as the lead in Retro Puppet Master. He followed this with a one-episode role on the television soap opera Days of Our Lives.

Sestero's best known role to date is as Mark, the best friend to Tommy Wiseau's character Johnny, in the 2003 cult film The Room. Sestero met Wiseau at an acting class in 1998. Wiseau told Sestero that if he was able to raise the funds to make the film, he would hire him as his co-star. Sestero has said that he made the film assuming no one would see it and that it would go direct to video. The film quickly began to receive attention from audience members because of its poor production values rather than in spite of them; it soon became a "cult classic" with late-night showings at theaters around the United States. Audience members typically arrive wearing wigs resembling their favorite characters, interact with the dialogue on screen, and throw plastic cutlery and footballs around the theater.

In June 2011, it was announced that Sestero had signed a deal with Simon & Schuster to write a book based on his experiences making The Room, Tommy Wiseau, and his experience of trying to become an actor. The book, titled The Disaster Artist, was released in October 2013.

In 2014, Seth Rogen's production company, Point Grey Pictures, acquired the rights to a film adaptation of Sestero's book. In the film, also titled The Disaster Artist, Dave Franco played Sestero, and James Franco starred as Wiseau and directed, for which he won a Golden Globe. Screenwriters Scott Neustadter and Michael H. Weber wrote the script. New Line Cinema produced the film, and distribution rights were later acquired by A24. Shooting began on December 8, 2015. The film premiered at South by Southwest on March 12, 2017 and began a wide theatrical release on December 8, 2017.

Best F(r)iends is a 2017 American black comedy film starring Tommy Wiseau and Greg Sestero. Written and produced by Sestero, it marks the reunion of Wiseau and Sestero 15 years after making the cult classic The Room.