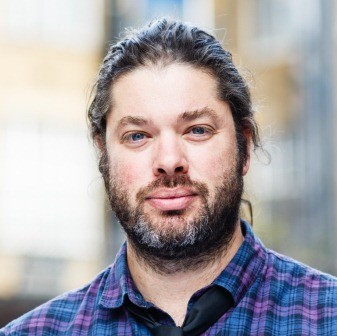 His first VR film “Witness 360: 7/7” was selected in competition at IDFA Doc Lab in 2015, the inaugural Kaleidoscope VR Festival and has played at many high profile festivals including Cannes, One World Humanitarian Film Festival, Docville, Docaviv, as well as being part of the MIT Virtually There conference and exhibition in 2016.

The VR documentary “Indefinite” won the first ever VR commission by Sheffield Doc/Fest, and was supported by UK Arts Council and The Site Gallery.  It has since been featured in the New York Times Op-Docs VR app, as well as touring festivals globally.

Darren also directs live action VR for commercial and broadcast clients such as BBC, ITV, MTV, and The National Theatre.