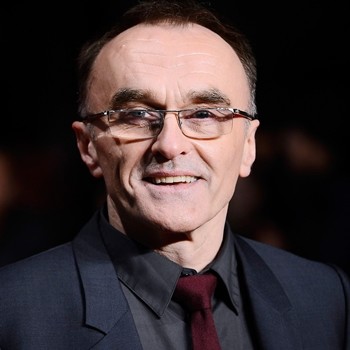 Danny Boyle made his big-screen directorial debut in 1994 with Shallow Grave but was launched into the spotlight with his next effort, Trainspotting. The film gave audiences a look at drug use among a group of Scotsmen. After a string of less noteworthy films, Boyle returned to major acclaim with Slumdog Millionaire, which went on to win a whopping eight Oscars, and 127 Hours, nominated for six. The director later helmed the 2015 biopic Steve Jobs, starring Michael Fassbender.

Born on October 20, 1956, in Manchester, England, as the son of Irish immigrants, Boyle discovered his passion for film at a young age. He attended the University of Wales for a time, but he left to pursue a career in the theater. During the mid-to-late 1980s, he worked as a director with a number of companies including the Joint Stock Theatre Company, the Royal Shakespeare Company and the Royal Court Theatre.

On British television, he directed several movies and a few episodes of the popular Inspector Morse mystery series, among other projects. On the big screen, he made his directorial debut with Shallow Grave (1994). The dark comedy featured three roommates—played by Ewan McGregor, Kerry Fox and Christopher Eccleston—who discover the dead body of their fourth roommate along with a suitcase full of cash. The film proved successful in Britain and earned Boyle more than 14 awards, including a British Academy of Film and Television Arts award for Best Screenplay.

Boyle was launched into the international spotlight with his next effort, Trainspotting (1996), an adaptation of the Irvine Welsh novel. The film, again starring McGregor, brought audiences along for a fascinating look at drug use among a group of economically depressed Scotsmen living in Edinburgh. Janet Maslin of The New York Times described the film as “perversely irresistible” and its characters as “funny, sharp, well-played and fiercely memorable.”

Trainspotting was a huge success, grossing more than $16 million in the U.S. alone and earning an Oscar nomination for best writing. Boyle’s next film, A Life Less Ordinary (1997), featured McGregor as a fired janitor who wants to reap revenge on his old boss by kidnapping his boss' daughter (played by Cameron Diaz). Meanwhile, two angels—Holly Hunter and Delroy Lindo—try to get the mismatched pair to fall in love. As critic Roger Ebert to put it, “the film expends enormous energy to tell a story that is tedious and contrived.”

Moving onto a big budget production, Boyle helmed The Beach (2000), starring Leonardo DiCaprio and Tilda Swinton. The casting of DiCaprio reportedly led to a fallout between Boyle and McGregor, who said he was originally promised the leading part. In the film, DiCaprio plays Richard, a young man who travels to Thailand seeking adventure. He learns of a mysterious island that is supposed to be a true paradise, but he discovers the society there is no utopia. Opening to mixed reviews, the film only earned around $39 million domestically, though its foreign gross was above $100 million.

Boyle explored a more sinister world in his post-apocalyptic sci-fi film 28 Days Later (2003). Set in London, the film follows Jim (played by Cillan Murphy) as he struggles to survive after a virus turns most of the city’s residents into violent zombies. Boyle's take on story earned him critical praise, a Saturn award and more than $82 million at the worldwide box office.

Boyle next turned to lighter fare with the family drama Millions (2004). In the film, a bag of money literally falls from the sky into the hands of a young boy. He and his older brother debate what to do with all of the cash. “I wanted to make something from the perspective of an 8 year old, when everything’s very simple, colorful and quick,” Boyle told Esquire.

In 2007, Boyle again ventured into the world of science fiction with Sunshine. The film told the story of a group of astronauts who travel through space on a mission to repair the sun. Despite some strong performances by its cast, which included Murphy and Michelle Yeoh, Sunshine quickly disappeared after its release.

With his checkered box office history, many heralded Boyle’s next effort, Slumdog Millionaire (2008), as a comeback. The film tells the rags-to-riches tale of a young man (Dev Patel) from the slums of Mumbai, India, who gets a chance to compete on his country’s version of the Who Wants to Be a Millionaire game show.

Boyle spent nearly a year filming this story in India, and used a mostly local cast. Mixing several genres, Slumdog Millionaire features comedy, romance and suspense. After its screening at several festivals, the film received rave reviews. This positive response helped Slumdog Millionaire to become a box office champion, earning more than $377 million internationally. Slumdog Millionaire also won numerous accolades, including a Golden Globe and a Directors Guild of America Award for Boyle. The film was nominated for 10 Academy Awards and won eight, including trophies for Directing and Best Picture.

But Slumdog generated controversy over whether its youngest actors were fairly compensated. In response to the criticism, Boyle revealed that the production company paid for the actors' schooling and basic living costs, and even established a college fund for the children.

Boyle had also expressed some interest in doing “a woman’s story.” He told Peter Bart of Variety that “I have two daughters. My films have been 'guy stories' and I think maybe it’s time to change course.” While it remains to be seen whether this will come to fruition, he has continued to direct work with some thematic variation. 2013's Trance, starring James McAvoy and Rosario Dawson, follows the travails of a thieving art auctioneer who loses his memory. With Trance faring better abroad then domestically, Boyle then handled the story of one of the world's biggest technological icons in the 2015 biopic Steve Jobs, featuring Michael Fassbender in the title role.