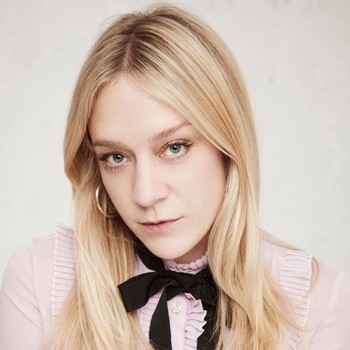 Known in the mid to late nineties for her status as a fashion impresario and "it girl," with over a dozen art house films to her credit, Chloë Sevigny also stands out as one of the most prominent queens of contemporary independent cinema.

Originally hailing from Darien, Connecticut, Sevigny attributes weekend trips into nearby New York City in her teens as an important early saving grace from her super rich and stuffy hometown. It was on one such trip at the age of eighteen, that Sevigny was spotted on the street by a fashion editor for Sassy magazine. Impressed by her flair for street fashion, the editors of the progressive teen mag asked Sevigny to intern in their offices which led to a few modeling jobs with both Sassy and x-girl, the urban clothing line created by Sonic Youth front woman Kim Gordon.

At this time Sevigny also spent a lot of her time watching the skateboarders who convened in New York's Tompkins square park. It was here that she met young aspiring director Harmony Korine, and a friendship ensued, resulting in her being cast as the lead in Korine and Larry Clark's collaboration Kids (1995). At around the same time Sevigny snagged the cover of Interview magazine, and even inspired writer Jay McInerney to write a piece about her for The New Yorker in which he hailed her the new "it girl."

The late nineties saw Sevigny continuing her acting career with a string of independent films, among them Trees Lounge (1996), Palmetto (1998), and Whit Stillman's homage to early 80s yuppiedom The Last Days of Disco (1998). In 1997 Sevigny and Korine teamed up again to make Gummo (1997), in which Sevigny both starred and acted as chief costume designer. It was in 2000 however that Sevigny's career made a turn towards more mainstream recognition when her portrayal of Lana Tisdel in Boys Don't Cry (1999) garnered her an Oscar nod at the age of twenty-five.

Known for signing on to projects based on her interest in a good script rather than a hefty price tag, one of Sevigny's most recent roles, making the climb from indie princess to A list actress, should see her surprising both audiences and Hollywood alike with roles in interesting and thoughtful projects.
Share