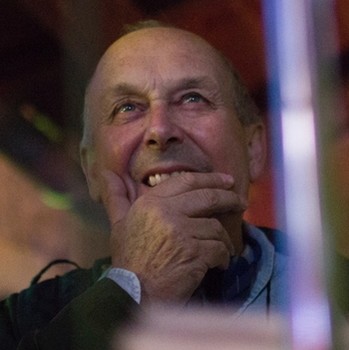 Charles Garrad was a pioneer of the architectural installation in the 1970’s and spent the early part of his career making his own work, exhibiting extensively, and teaching in many art schools. His main concerns across all media have consistently been time, memory, the atmospheric quality of places and the signiﬁcance of objects.

In the 1980’s an increasing interest in ﬁlm drew him towards the industry. He cut his teeth as a production designer in pop promos and moved on to TV drama and feature ﬁlms. He has directed a large number of short films and written several screenplays. He recently completed Waiting for You, his first feature film as director which stars Fanny Ardant and Colin Morgan.

He continues to work as an artist and director.