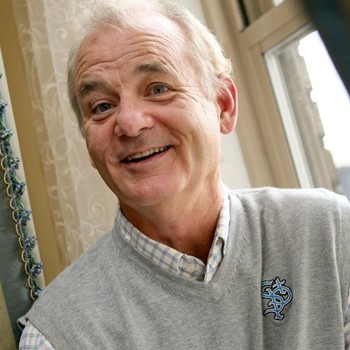 The fifth of nine children, he was born William James Murray in Wilmette, Illinois, to Lucille (Collins), a mailroom clerk, and Edward Joseph Murray II, who sold lumber. He is of Irish descent.

Among his siblings are actors Brian Doyle-Murray, Joel Murray, and John Murray. He and most of his siblings worked as caddies, which paid his tuition to Loyola Academy, a Jesuit school. He played sports and did some acting while in that school, but in his words, mostly "screwed off." He enrolled at Regis College in Denver to study pre-med but dropped out after being arrested for marijuana possession.

He then joined the National Lampoon Radio Hour with fellow members Dan Aykroyd, Gilda Radner, and John Belushi. However, while those three became the original members of Saturday Night Live (1975), he joined Saturday Night Live with Howard Cosell (1975), which premiered that same year. After that show failed, he later got the opportunity to join Saturday Night Live (1975), for which he earned his first Emmy Award for Outstanding Writing in a Comedy-Variety or Music Series. He later went on to star in comedy films, including Meatballs (1979), Caddyshack (1980), Stripes (1981), Tootsie (1982), Ghost Busters (1984), Ghost Busters 2 (1989), Scrooged (1988), What Abou Bob? (1991), and Groundhog Day (1993).

He also co-directed Quick Change (1990). Murray garnered additional critical acclaim later in his career, starring in Lost In Translation (2003), which earned him a Golden Globe and a BAFTA Award for Best Actor, as well as an Academy Award nomination for Best Actor. He also received Golden Globe nominations for his roles in Ghostbusters, Rushmore (1998), Hyde Park on Hudson (2012), and the HBO miniseries Olive Kitteridge (2014), for which he later won his second Primetime Emmy Award for Outstanding Supporting Actor in a Limited Series or a Movie.
Share