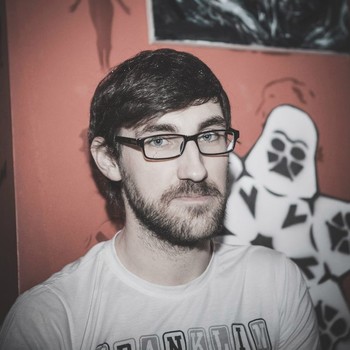 Lecturer of history, social studies, fundamentals of philosophy at the Krasnodar Art School and the Krasnodar Choreographic School.

From 2013 to 2017, he gave public lectures on philosophy, culture and art, participated in charitable and creative events with the support of Coffee Library, Wilson Pub, Locals, KARTON architectural studio, InstaArt-5 Mobile Photography Festival,  Centre for Contemporary Arts Typography and the Apartment Gallery EMME.

In 2014, with the support of the Youth Policy Directorate of the Krasnodar Territory, he was the organizer of the youth philosophical southern federal forum Aletheia.

In 2016, as part of the creative association ART ERA, he was the author of the concept and co-organizer of the International Exhibition of Contemporary Art "Overwrite". The exhibition "Rewriting" was nominated for th Project of the Year by the magazine Sobaka.ru.

In 2016 he held the popular science lecture project "Verzunov on SVALK’a".

Laureat of honorary mention for the active support of the 2nd Regional Festival "In the friendship of peoples - the unity of Russia" from the organizers of the festival and for participation as an expert in the philosophy of art in the creative project ART-KVÁRTAL from the Youth Parliament of Krasnodar.

Member of the educational project Renaissance_krd, in which he lectures on the history of religions and philosophy.
Share