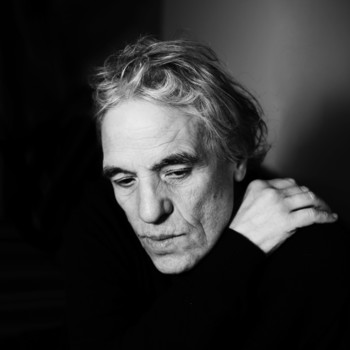 Ferrara was born in the Bronx of Italian and Irish descent. He was raised Catholic, which had a later effect on much of his work. At 15 years old, he moved to Peekskill in Westchester, New York. He attended the film conservatory at SUNY Purchase, where he directed several short films.

Ferrara first drew a cult audience with his grindhouse movie The Driller Killer (1979), an urban slasher film in the mold of Taxi Driver (1976).

In 1990, Ferrara created one of his most well-known films, King of New York, starring Christopher Walken as gangster Frank White, who runs a group of black drug dealers, including one played by Laurence Fishburne.

Ferrara next directed Harvey Keitel in an acclaimed performance as the titular Bad Lieutenant (1992). Keitel plays a foul-mouthed, sex-addicted drug-using cop who wrestles with guilt and eventually seeks redemption in a Catholic church. The script was co-written by Ms .45 star Zoë Tamerlis. Both Ferrara and Keitel were nominated for Spirit Awards and, despite its controversial content, the film was lauded by critics. Director Martin Scorsese also named it one of his top 10 films of the 1990s.

Ferrara was then hired for two Hollywood studio films: a second remake of Invasion of the Body Snatchers, titled Body Snatchers (1993), for Warner Bros.; and Dangerous Game (1993), starring Keitel and Madonna, for MGM.

In 1996 he directed a music video for French singer Mylène Farmer's song "California".

2014 saw the release of Pasolini about the acclaimed Italian director, poet, journalist and intellectual who was murdered in 1975. The film stars Willem Dafoe in the title role.

Ferrara and Dafoe collaborated in a film inspired by Carl Jung's The Red Book, Siberia. Isabelle Huppert and Nicolas Cage co-starred with Dafoe. Ferrara has admitted that Pier Paolo Pasolini has served as influence in becoming a filmmaker. He also credited Stanley Kubrick and Woody Allen as influences, as well as Rainer Werner Fassbinder.

Tommaso (2019), where Willem Dafoe played a version of Abel Ferrara (an American film director living in Rome), was shown in the Special Screenings section at the 2019 Cannes Film Festival.