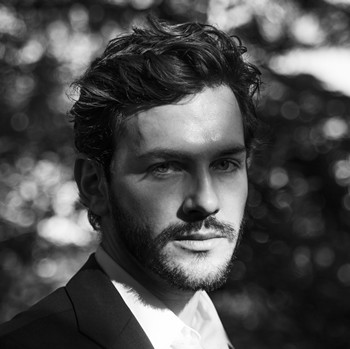 Born in Lisbon in 1988. He's graduated in Theatre by Lisbon Theatre and Film School and has been working for theatre, television and cinema. He worked with several directors including João Pedro Rodrigues, João Botelho, and Margarida Gil. Best Actor Award in Lisbon and Estoril Film Festival in 2011 with the feature film Swan directed by Teresa Villaverde.

In 2016 leads the cast of LETTERS FROM WAR by Ivo Ferreira, wich as been acclaimed by the international critics as one of the most powerful movies about war. He's also leading the cast of tv series “Dentro” and “Madre Paula” for the public tv channel RTP1. He is now beginning as a film director with the short film “half moon, full moon”.